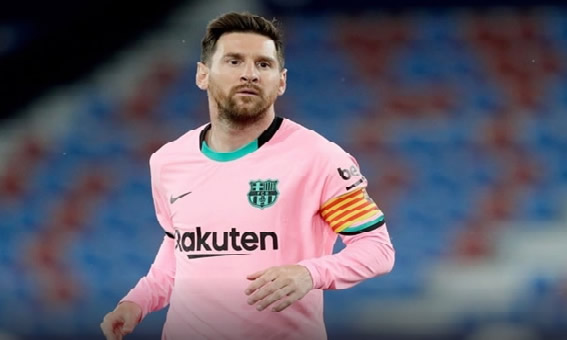 Barcelona travelled to the Estadi Ciutat de Valencia tonight, Tuesday 1, knowing that a win over Levante would put them top of LaLiga Santander, but, they blew it, 2-0 up at half time, ending in a 3-3 draw, which leaves them one point behind leaders Atletico Madrid, who have a game in hand, and Barcelona only have two more games left to play.

It was Lionel Messi, as expected, who blasted Barca into the lead after 25 minutes, meeting a Jordi Alba cross with a left-footed rocket in the Levante net, and then Pedri doubled the lead on 36 minutes after Messi fed Dembele, the Frenchman, in turn, giving Pedri the simple chance of tapping the ball in for 2-0, as reported by marca.com.

Levante came out for the second half looking like they meant business, and they got their reward on 59 minutes as Barcelona’s concentration seemed to lapse, as Gonzalo Melero headed in a cross from Miramon to make it 2-1, and game on, as only three minutes later, Messi gifted Jose Luis Morales, who smashed the ball left-footed past Ter Stegen to level the scores.

Barcelona knew they had no option but to go for goal, and it took them all of four minutes for Dembele to latch onto a deflection off Miramon and put the ball beyond Aitor Fernandez into the Levante net, making it 3-2.

Sergio Leon then did the unthinkable as far as the Blaugrana were concerned, collecting Tono’s cross, moving in front of Gerard Pique, and steering the ball into Ter Stegen’s near post to level the match one more, to which Koeman’s men had to answer, and trudged off the pitch at the final whistle with their heads down, in the knowledge that Barcelona’s title dream was probably all over for this season.