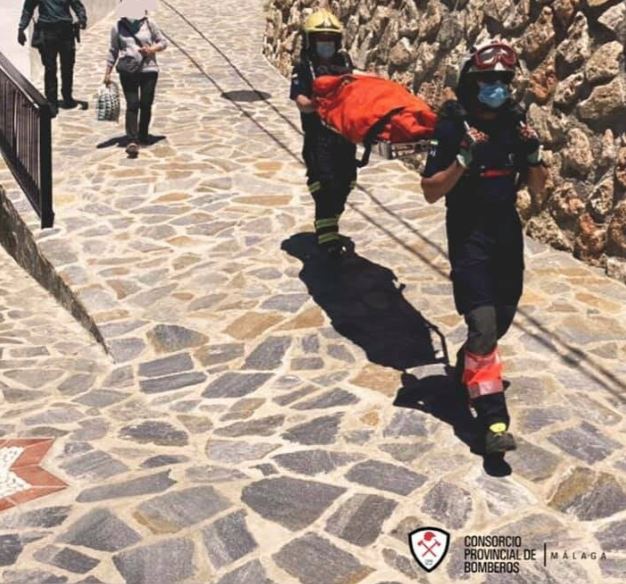 An Injured hiker has been rescued in Malaga’s Archez.
An injured hiker was rescued after they suffered a fall on the Ruta de los Molinos in the town of Archez in Malaga. According to Emergencias 112 Andalucia, a service attached to the Regional Ministry of the Presidency, Public Administration and the Interior of the Junta de Andalucia, the woman was 78-years-old and had to be taken to hospital after emergency services were successfully able to rescue her. She had fallen in an area which was difficult access and is part of the Ruta de los Molinos.
Luckily though a friend was able to call for help. Emergency services received a call shortly before 11 am and the woman’s companion requested help. It was reported that the woman had possibly suffered from a fractured ankle during the fall.
The area where the woman had fallen was difficult to access and was located between Canillas de Albaida and Archez.
Help was quickly sent on its way for the woman and the incident was attended by a Velez-Malaga team from the Provincial Consortium Fire Brigade and the Guardia Civil. Both the Public Health Emergency Company (EPES) and Infoca were also alerted to the accident by 112.
Luckily the woman was able to be located by an Armed Institute patrol and she was soon evacuated by stretcher by the Fire Brigade. Medical services were then waiting around one kilometre away in order to attend to her.
She was then transferred to the Axarquia hospital by a Critical Care and Emergency Unit (DCCU) from Algarrobo. It is believed that she had a possible fracture to her ankle as reported AxarquiaPlus.
The Euro Weekly News is running a campaign to help reunite Brits in Spain with their family and friends by capping the costs of PCR tests for travel. Please help us urge the government to cap costs at http://www.euroweeklynews.com/2021/04/16/ewn-champions-the-rights-of-brits-in-spain-to-see-loved-ones-again/