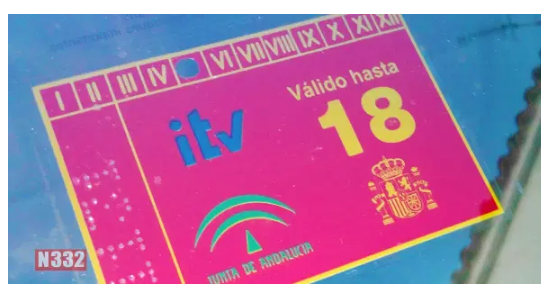 Approximately 200,000 vehicles in Malaga Province risk fines for overdue ITV tests and could face fines of €200 (£171), also putting road safety at risk, reports SUR.
A combination of factors has led to many car owners missing the deadline to renew their compulsory inspection, including a backlog at ITV test centres and confusion over grace periods set by the government due to the health crises.
Sixteen per cent of the 1.23 million vehicles registered in Malaga Province have expired certificates. If taken into account the 830,000 vehicles required to pass the test each year then the level of non-compliance then shoots up to 25 per cent – this is double the average figure recorded prior to the pandemic.
If a vehicle with an expired ITV test causes an accident, the insurance company will only cover the damage suffered by the other parties involved. If the accident is due to a mechanical fault that would have been found during a motor vehicle test the insurer could refuse to pay anything at all.
Guillermo Magaz., the association’s manager said: “It’s clear that the crisis and the increase in remote-working has led to many road-users not using their cars so much and as a consequence, maintenance and the compulsory inspection have been neglected. It’s not so much because of the cost of the ITV, but that of repairing the vehicle or changing worn tyres.”
The result of lockdown closures of test centres for two months last spring has automatically created a backlog of 150,000 vehicles in Malaga (650,000 in Andalucia), on top of the 40,000 vehicles with an expired ITV before the State of Alarm.
The public company responsible for testing in Andalucia, Veiasa, said that it wanted to catch up in five months, however, this has not been achieved. Staff reinforcements have been implemented, but more than 16,000 continue to expire each week.
At the moment, appointments are being made for dates in July, with the average wait time for a test now being two months.
“There’s still a lot of work to do, but with these new reinforcements we hope to get up-to-date within two months,” the regional coordinator for the UGT trade union in Veiasa, Romualdo Barcala said.
Priority is being given to people whose ITV is already out of date or about to expire, which causes a longer wait for those who apply well in advance.