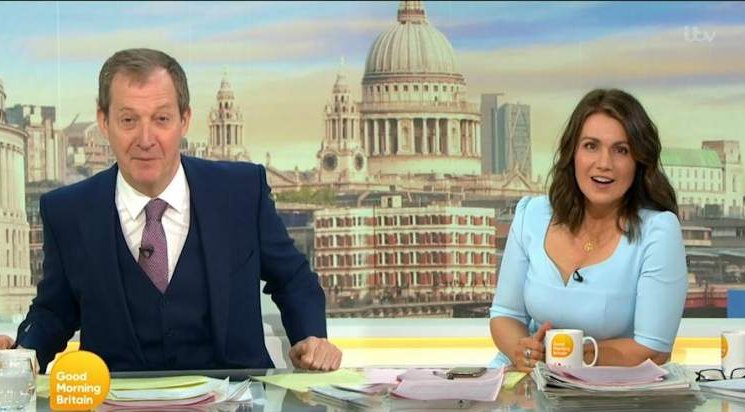 He later profusely apologised for the gaffe, explaining he meant the Queen’s late husband Prince Philip instead. Alastair Campbell together with Susanna Reid interviewed Vinnie Jones on Good Morning Britain today about his new book Life After Loss which sees him open up on his grief after the death of his wife Tanya Jones.

During the interview, Alastair said: “We’ve been talking a lot about Prince Philip after the death of the Queen.

“One of the phrases that kept being used was something she said after 911, the statement that we had to take to New York.

“‘Grief is the price we pay for love,’ and that’s what comes out of your book on every single page. “Bits of it, especially considering it’s you, moves you to tears.”

Another remarked: “#GMB Death of the queen?” A third penned: “Has @campbellclaret just told us, the Queen died? #gmb”. While a fourth exclaimed: “When did the Queen die? #GMB At least @piersmorgan doesn’t get confused.”

As reported by The Express.