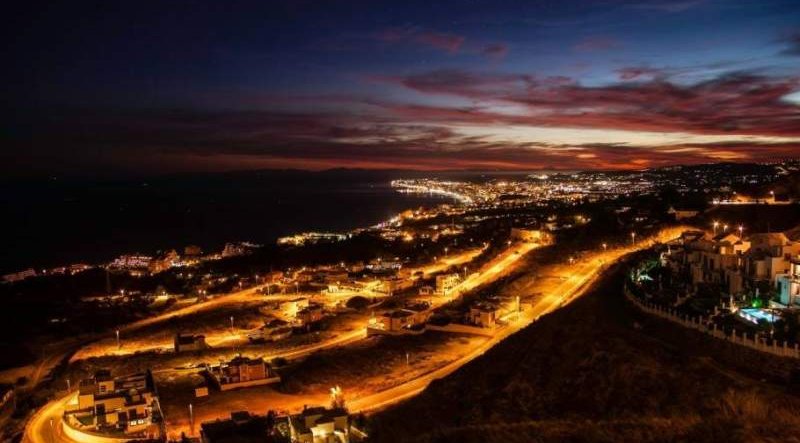 THE councillor for Operational Services of the Benalmadena City Council, Salvador Rodríguez, has announced that the work being carried out in Avenida del Cosmos is to replace the sodium vapor lamps with new LED lighting units which will be more reliable and use less power.

In total, six new LED streetlights will also be installed in Santangelo Norte, located at the access to the cemetery, and for this, a channel of approximately 140 metres has been made, to proceed with the placement of the anchors and subsequent installation of the poles six metres apart, he added.

The councillor said that with these replacement and installation works of LED lights in the municipality, “we improve energy efficiency and facilitate the corresponding savings in consumption, which translates directly into a reduction in the bill that the City Council pays for public lighting.”

Benalmadena to Increase Public Spending by 8 Per Cent

Benalmadena’s mayor, Victor Navas, and the deputy mayor, Elena Galan, who made the announcement, said they were spending the full amount of the council’s income.

Mayor Navas said: “This means that we have made every last cent of municipal resources available to residents during this difficult situation.” The politician also said the intention was to “help” the recovery of Benalmadena’s economy after the crisis caused by the pandemic.

The council said the budget will increase by 7.65 per cent, which will mean €7 million more compared to the previous year, despite the council’s income dropping by around €11 million. Mayor Navas said: “We have made a commitment to improving the quality of public services, we will increase beach funding by 47.76 per cent, waste collection by 8 per cent, cleaning by 3.20 per cent, and parks and gardens by 43 per cent.”