Boris Warns June 21 Is Under Threat From The Indian Variant 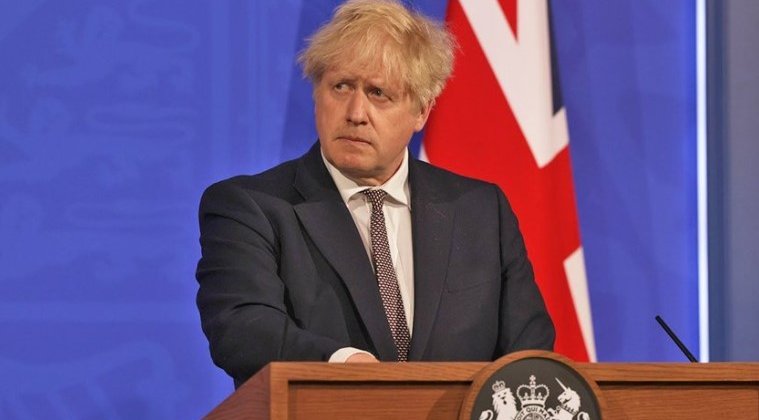 Prime Minister Boris Johnson held his press conference on Friday afternoon (May 14), and although clearing the way for England to move, as planned, into the next phase of his roadmap on Monday 17, he was quick to stress that the new cases of the new super-infectious Indian coronavirus variant that has shown a rise in numbers recently, could derail his plans of ending all the restrictions on June 21.

As planned, from Monday 17, people in England will be allowed to meet in homes and pubs, as he said, “I do not believe that we need, on the present evidence, to delay our roadmap and we will proceed with our plan to move to step three in England from Monday”, then, referring to June 21, he added, “But I have to level with you that this new variant could pose a serious disruption to our progress and could make it more difficult to move to step four in June”, as reported by The Sun.

Asked about June 21, the prime minister replied, “I think the truth is that we, at this stage, simply can’t say for certain, as things stand. We rule nothing out. There is the risk of disruption and delay. We take nothing off the table of means of controlling this virus and this variant, and we will do whatever it takes to keep you all safe”.

This setback comes as SAGE revealed the new Indian variant is 50 per cent more transmittable than previous variants, with Chris Whitty stating that the next few weeks will be critical in the monitoring of the new variant’s spread in the country after four persons have already been reported to have died from it.

Mr Johnson also said it was very unlikely that any more countries would be added to the travel ‘green list’ in the near future, and stressed that it is not more important than ever to get everybody vaccinated, even bringing the Army in to help in vaccinations centres in places like Bolton, which has shown a high rise in cases.

Today he has also initiated a move to cut the time between jabs from twelve weeks down to eight weeks, in a bid to safeguard more people, saying, “We will accelerate remaining second doses, especially for the clinically vulnerable, right across the country, to just eight weeks after the first date. And if you are in this group the NHS, will be in touch with you. We will also prioritise first jabs for anyone eligible who has not yet come forward”.