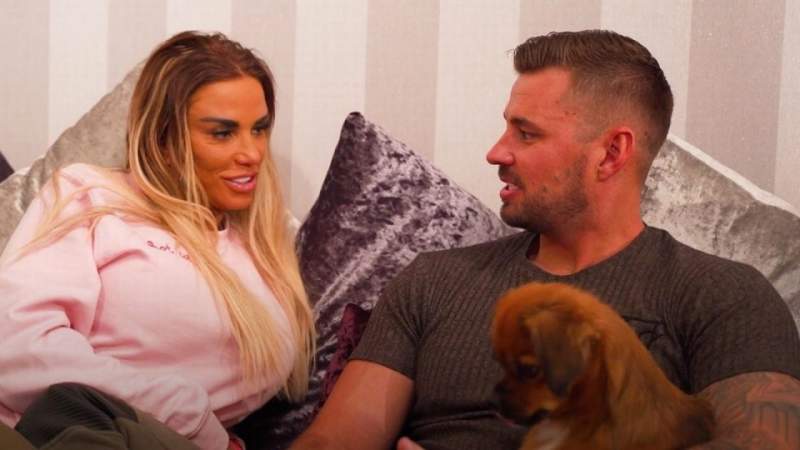 Katie Price Vows To Change Her Name After Her Marriage To This Year Fiancé Carl Woods/ image: Instagram

At some point in 2021, Katie Price and her fiancé Carl Woods are planning to tie the knot and she has shown her total commitment to him by promising to change her name.

The 42-year-old is planning on getting married to Woods at some point in 2021 and is said to be close to setting a date. Price says she is going to change her name to Katie Woods after the wedding – the first time she has done this after keeping her own surname after marrying Alex Reid, Peter Andre, and Kieran Hayler.

Katie thinks Carl is the one and says she is so in love that she is happy to do something she has avoided in years gone by. The star fell for the hunky car dealer last summer and they are even trying for a baby.

Speaking to the Mirror‘s Notebook Magazine, the Loose Women panellist revealed: “I’m going to change it legally and be known as Katie Woods. I’m proud of it. It’s going to be a new me and a new era. It’s the first and last time the ring is going to be off my finger. My head’s in the right place. Not only am I head over heels in love, my kids approve and my family approves. It’s not a rash decision.”

Katie got engaged for the eighth time last month to Carl, 32, who previously said he wouldn’t marry the TV star unless she took his name.

Katie says she has ‘never uses protection’ with Carl as doctors tell her to cut down on sex. She said she is trying to get pregnant and has taken important steps on her IVF journey.

The mum-of-five is eager to become a mum-of-six but Katie and Carl need to slow down to increase their chances. She has explained they have been trying since October last year and have been listening to all the advice they are given to try and make it happen.