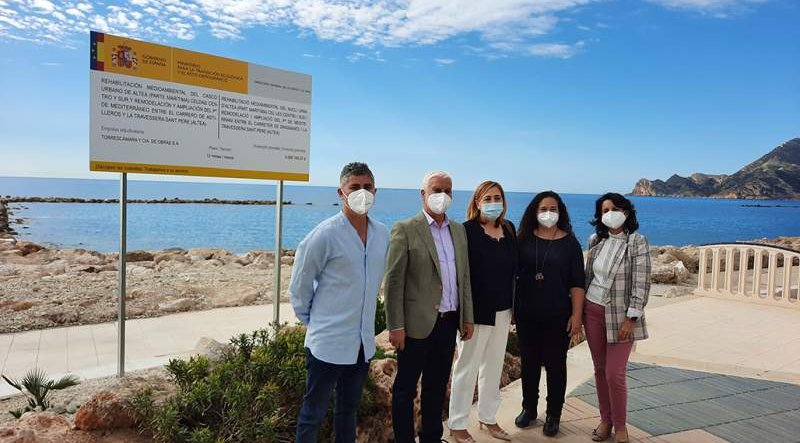 No problem WORK on the €4.086 million final phase of remodelling Altea’s seafront is due to begin on May 24.  This will include creating another beach between La Roda and L’Espigo but the town hall has reassured bars and restaurants that the 12-month project will not affect their terraces.
On a diet BENIDORM’S Public Spaces and Environment departments launched a campaign discouraging the public from feeding the pigeons, especially in garden areas, owing to both the hygiene and cleaning problems involved.  The campaign was nothing new, the town hall pointed out, as a bylaw has prevented this for several years.
Historic site THE owners of El Poblet in Petrer, the seat of Spain’s last Republican government in 1939, are fighting the Generalitat’s decision to declare it an Asset of Cultural Interest (BIC).  Having started legal proceedings against the regional government, all visits by the public have been temporarily suspended.
Too much THE unloved restoration of Javea’s Sant Bertomeu parish church, built between the 14th and 16 centuries, has earned more criticism.  Not content with adding unnecessary crenellations to the tower, plus a small ultra-modern clock, the restorers have “enhanced” the façade’s statue of Sant Bertomeu with a stonework garland.
Not yet SPAIN’S Ministry of the Interior announced a €3 million allocation for a new Policia Nacional station in Benidorm.  Government sources revealed that work would start “soon” but failed to name a date for making a start on a much-needed substitute for the overcrowded and inadequate current station premises.
Top notch ALICANTE UNIVERSITY’S School of Nursing was ranked first in a survey compiled each year by the CyD Foundation and sponsored by the Santander Group.  A Health Sciences degree from Alicante University met more CyD criteria than any of the 77 public and private universities analysed for the survey.
Healthy crops ALICANTE produced 87,510 tons of organic crops last year, principally grapes, almonds, olives used for oil, cereals, citrus fruit and vegetables while the number of organic growers increased by 8.9 per cent.
High life A 36-YEAR-OLD Denia man was accused of stealing €840,000 from the restaurant where he worked first as a waiter and later manager, allegedly using the money for a villa, designer clothes and holidays.
On hand ONCE Jalon’s new €7.1 million school for pupils aged between 2 and 16 is finished, older children from Jalon, Alcalali and Lliber will no longer have to travel each day to Benissa’s Instituto.