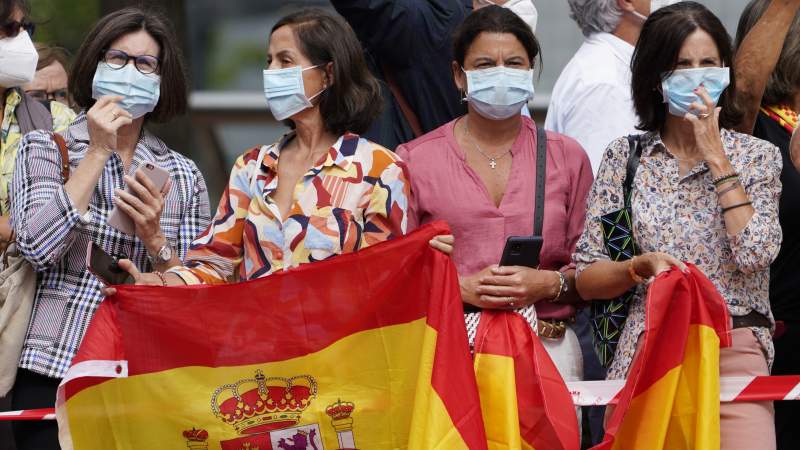 Spain's Andalucía Maintains The Use Of Masks Until Certain Criteria Are Met. image: Pixabay

Spain’s Andalucía Said It Will Maintain The Use Of Masks Until Certain Criteria Are Met.

Spain’s Andalucía has said it will maintain the mandatory use of masks until 80% of its over 8million population (8.427 million-2019) are vaccinated with the full doses required. The President of the community of Andalucía, Juanma Moreno, said the board will advocate “prudence” while considering removing the obligation- “You have to go little by little,” he said.

Moreno, who spoke today, Friday, May 14, from an event in Jaén, said that the experts will study the use of the mask, but he still believes that it is necessary to be “very prudent” and go “one step at a time”, according to a report from europasur.

He pointed out that the use of this protection measure will be with citizens “for a long time in some activities” such as public transport. “We have to be prudent, especially where there is a concentration of people,” said the Andalucían president.

As of May 14, Andalucía has managed to immunise 1,223,920 people with the vaccine (two doses administered), which is the highest figure in all of Spain and which is equivalent to 14% of the Andalucían population already immunised or in view of achieving it in the next 10 days.

Andalucía has recently announced it will begin the vaccination process for those under 50 in June. The province is among at least eight autonomous communities to start vaccinating the general population between 40 and 49 years next month including Asturias, the Balearic Islands, Castilla y León, Extremadura, the Valencian Community, Madrid, and Catalonia, while the rest of the autonomies try to reach the deadline to achieve herd immunity before the end of summer.