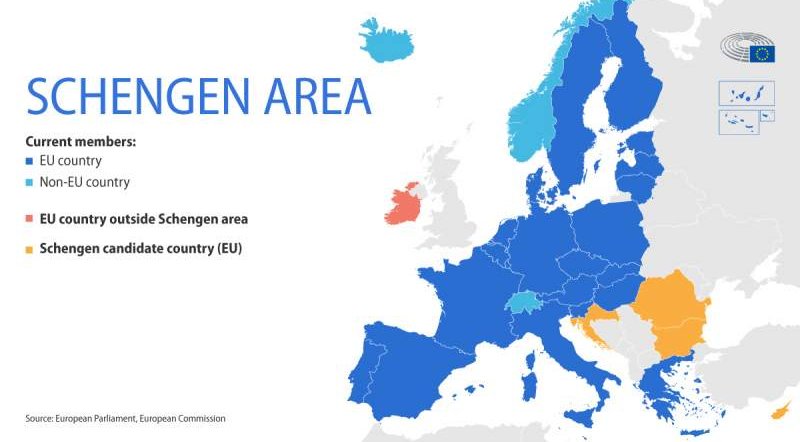 These are the 26 Schengen member States Credit: European Parliament

A LETTER recently received from a very upset UK based reader about the 90/180 day rule concerning visits to Spain has highlighted a problem which needs addressing.

In 2013 the couple purchased a second home in Murcia so that they could enjoy the much milder winters and used to spend from October to March which was beneficial to their health.

Now, since Brexit (which incidentally they didn’t vote for) they can only stay for 90 days rather than their usual six months which means that quite understandably they are upset and seriously considering selling their property and purchasing a new one elsewhere.

In their letter, they suggest that Spain is being short sighted by introducing this regulation especially as they know of people in a similar situation who are spending money during the Spanish ‘down season’ and can’t understand why this rule is being enforced.

Sadly, what they don’t appreciate – and it is quite difficult to fully understand why this situation should exist – is that this is not Spain being difficult but a rule established for every member of the Schengen zone.

This means that many of the more obvious choices for resettlement within relatively easy flying times from the UK and in the sunnier climates such as France, Greece, Italy, Malta and Portugal are in exactly the same situation as Spain.

Many other European Countries allow just 60 to 90 days visit unless you have a student visa and the only way round the problem is to purchase a Gold Visa (in Spain the minimum requirement is €500,000 in real estate) or to apply for residency which would allow you to travel between the UK and Spain.

There are of course tax implications in taking residency in Spain, but as this couple have owned a property here since 2013, it may be an option but they would need to take advice from a local lawyer and be prepared for quite a long wait.

It is possible, although not necessarily likely, that as countries count the cost to their economies thanks to the pandemic, that there could be a ground swell of feeling that Schengen counties should amend to 90 day rule, but that is pure speculation and would take some considerable time to happen.