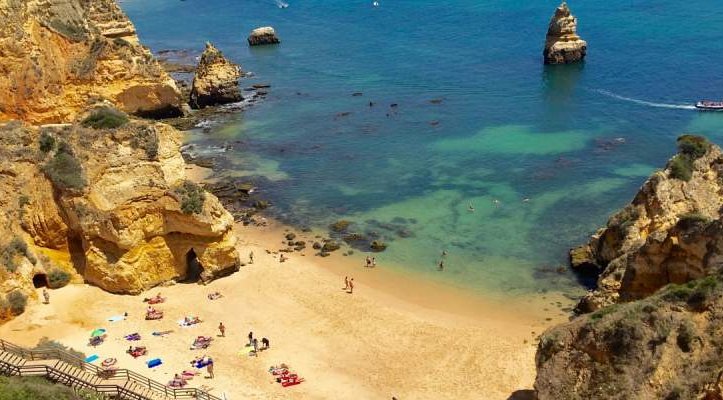 It is thought that as many as 3,000 British holidaymakers will make the trip to Portugal on Monday 17, when, after several days of uncertainty, the Portuguese government did a U-turn and lifted the non-essential travel ban, going against the EU’s directive which had advised member states to maintain its travel ban during May.

Demand for travel has apparently been so high that a reported 110 flights are jetting off to Portugal next week, with Ryanair increasing its capacity to 175,000 seats, and Easyjet adding 25,000 extra seats.

But, it seems that Brits heading to Portugal might run into problems, as Baroness McGregor-Smith, who chairs the UK’s Airport Operators Association, said Border Force desks are being left unstaffed due to “government choices” that were leading to six-hour queues at airports, according to The Sun.

The Tory Peer, writing in The Telegraph, criticised the British government, saying, “They have had months to improve and digitise the passenger locator form, but only now are the necessary improvements being discussed or trialled”.

She continued, “The upgrades necessary to use ePassport gates again are slated to happen over the summer when passengers are filling border halls when it could have been done while international travel was banned. This is not good enough”.

As she added, “The UK border experience has long been falling behind our global competitors, but the last year has shown how far behind we are. For a Government that says it wants to see a Global Britain to oversee the chaos”.

Rita Marques, the Portuguese secretary of state for tourism, told BBC Breakfast this morning, Saturday 15, “Restaurants and coffee shops and shops and everything is open as from May 1. Some restrictions apply, of course, so you have to wear a mask, you have to maintain social distancing”.

She added, “Masks need to be used all day long, except when you are on the beach, of course. So if you are going to a restaurant near the beach you should wear a mask, but if you are near the sea you don’t need to wear a mask.”