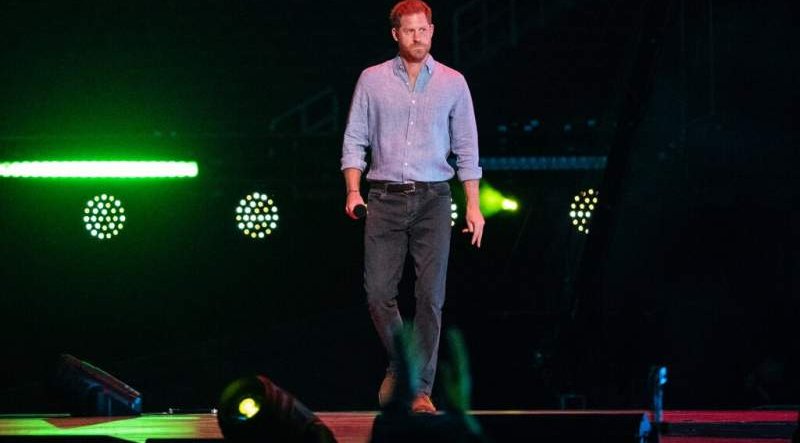 Prince Harry Said His Life In 'The Firm' Was A Mix Between The Trueman Show And Being In A Zoo. image: Twitter

Prince Harry Said His Life In ‘The Firm’ Was A Mix Between The Trueman Show And Being In A Zoo.

Prince Harry has said, in a wide-ranging interview for a podcast, that his existence in the British monarchy had been “a mix between ‘The Truman Show’ and being in a zoo.”

The interview, released on Thursday, May 13, was one of his strongest public rebuttals yet of the inner workings of the royal family, according to a report from the Guardian.

“I’ve seen behind the curtain, I’ve seen the business model, I know how this operation runs and how it works,” Harry said in the interview on the Armchair Expert podcast, hosted by the actor Dax Shepard.

“I don’t want to be part of this. Look what it did to my mum,” he added, referring to Diana, Princess of Wales, who was hounded by paparazzi after her divorce from Prince Charles and then died in a car crash in Paris in 1997.

The Duke of Sussex, said he had asked himself, “How am I ever going to settle down, have a wife and a family when I know that it’s going to happen again?”

Harry’s latest comments were made some three months after an explosive interview with Oprah Winfrey in which he and his wife, Meghan Markle, said that a member of the royal family had expressed concerns about how dark the skin color of their first baby, then unborn, would be. During the discussion with Ms. Winfrey, Harry also accused the family of failing to support Meghan as she struggled with depression.

Harry returned to Britain last month for the first time since he stepped back from his royal duties last year to attend the funeral of his grandfather, Prince Philip, which many onlookers scoured for signs of tension between Harry and his elder brother, Prince William.