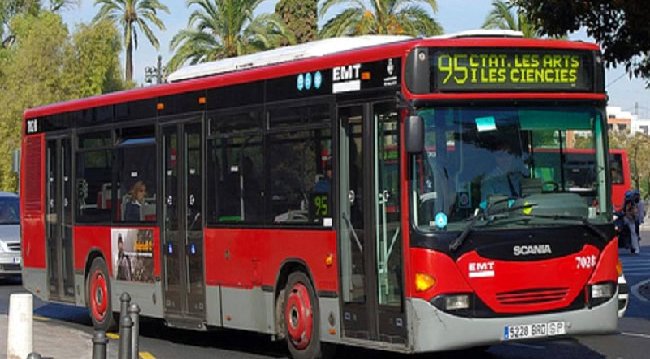 According to sources from the Valencia Local Police and the Information Center and Emergency Coordination (CICU), an accident on Friday afternoon (May 14) between a car and a bus belonging to the Municipal Transport Company (EMT), left 16 persons with varying injuries, in Valencia city.

After receiving a call at 4.40pm, the CICU mobilised three ambulances, two of them Basic Life Support (SVB), and a third medical vehicle for unassisted transport – to transfer any seriously injured passengers to hospital – to the scene of the accident at the junction of the Aragón bridge and Jacinto Benavente avenue.

Two Local Police patrols also attended and assisted with traffic flow and aiding with the Valencia bus crash, which, according to sources, happened when the No92 bus driver braked to avoid colliding with the car, as a result of which, several passengers suffered injuries, as reported by lasprovincias.es.

Officers from the Unit for Attempts and Accident Investigation of the Local Police of Valencia were deployed to the incident to determine the cause of the crash and to take charge of the incident, during which a statement was taken from the EMT driver, all injured passengers were identified and listed, and the damage to the vehicles noted.

Seven of the injured bus passengers were taken to the Hospital Clínico and La Fe, while the other injured passengers received treatment from health professionals at the scene, most suffering cuts from glass shattered in the collision.

The Emergency Information and Coordination Center reported treating eight women aged between 15 and 80 years, who had cervicalgia and bruises, plus one man aged 86, who suffered a hematoma after hitting his head.