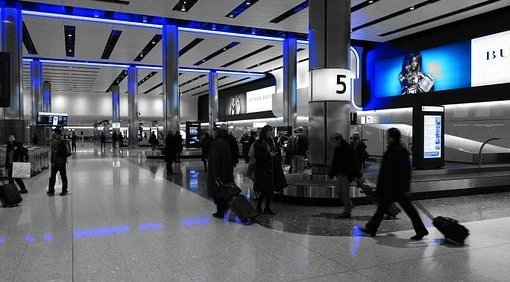 Tragically a cabbie has been found dead at Heathrow airport as desperate drivers are being forced to live in their taxis in a bid to get fares.

The 56-year-old cabbie was discovered dead as he waited at Heathrow airport. Cabbies have been forced to wait extensive periods in order to pick up even a single fare each day as the ongoing Coronavirus pandemic has severely affected travel.

It is believed that the man, who was discovered in his sleeping bag in the back of his taxi had been dead for a staggering three days before his body was finally discovered. The shocking discovery was made on Wednesday afternoon and both police officers and an ambulance crew attended the scene. Sadly though he was pronounced dead at the scene.

A spokesperson for Heathrow airport commented on the sad incident and said, “We are aware of and saddened by this incident. Our teams are on hand to support with any Police enquiries.”

Taxi drivers are increasingly becoming desperate and are being forced to live inside taxis near the airport in hopes of collecting fares each day. It is believed that the drop in travel has seen some taxi driver’s income fall by around 60 percent as reported The Daily Mirror.

A fellow taxi driver spoke to The Mirror and commented on the effect that the pandemic has had. Speaking of the death he explained that, “He used to sleep here all of the time.

“He didn’t have a healthy lifestyle. It’s a terrible tragedy.

“This pandemic has affected all of us though. I got here at 3am, and I’ll be lucky to leave by 6pm.

“We know everyone’s got their problems, but it’s been really bad for us.”

As reported The Sun a spokesperson for Scotland Yard said, “Police were called shortly after 16:01hrs on Wednesday, 12 May to Newall Road, near Heathrow following reports of an unresponsive man in a car.

“Officers and London Ambulance Service attended and a man in his 50s was pronounced dead at the scene. The death is not being treated as suspicious and a file will be prepared for the coroner.”