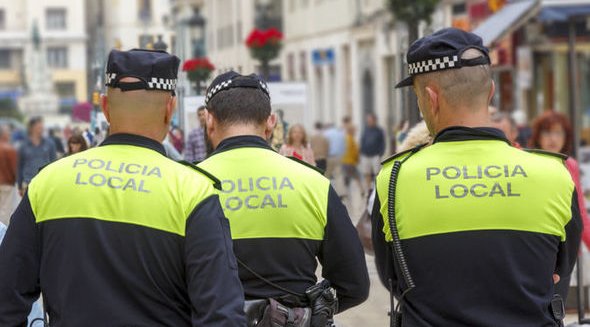 The National Police have dismantled a large criminal organization in Mallorca that was allegedly dedicated and set up to launder money from the proceeds of drug trafficking.
So far, 60 people – 55 on the island and five in Madrid -have been detained in ‘Operation Gunpowder’ for alleged crimes of money laundering and falsification of documents, according to a report from diariodemallorca.
Included in the group was the leader, a Cuban man who was a nationalised Spaniard. Those arrested are being investigated for diverting large amounts of drug money to foreign countries including Cuba, the Dominican Republic, and the United States.
The investigation revealed cars and property were bought with the money and is still open with further arrests not being ruled out.
Investigators have been able to prove the laundering of close to one million euros from drug trafficking in the last year alone, although they believe that this amount may be considerably higher. The National Police and the Spanish authorities are now collaborating with the US and Cuban authorities to act against the foreign ramifications of the criminal organisation.
Those arrested used different methods to get the money out of the country, as reported by the Mallorcan Police this Sunday, May 16, in a statement.
The main method for getting the money out of the country was by international bank transfers linked to front/middleman accounts so there would be no direct links back to the criminals.
They are also investigated for sending money through call centers by breaking the amounts up into smaller units and then using the identities of multiple people in exchange for a commission.
The ‘kingpin’ of the organization in Spain is under investigation for claiming the identity of elderly people to build shell companies with which they simulated construction jobs as a way of hiding the cash.
There are two Mallorcan companies being investigated for issuing false invoices for around €200,000 euros each, allegedly reintroducing the ‘clean’ money back into the legal financial channel- money laundering at it’s best!
They are also investigated for using Spanish people and companies to send them transfers of different amounts from bank accounts located in tax havens, simulating nonexistent operations and businesses. Subsequently, the beneficiaries of these transfers were in charge of delivering that money in cash or transforming it into goods for the collaborators of the organisation residing in Cuba, according to the report from the Police.
Police raids and searches on the island found €400,000 euros in cash, a multitude of accessories and luxury items, three kilos of cocaine and more than 60 kilos of cutting substance.