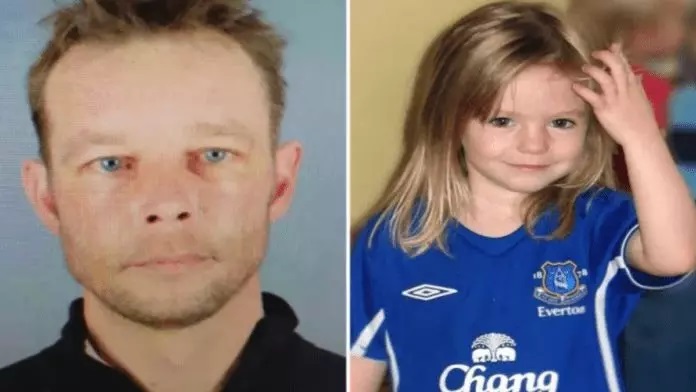 MADELEINE MCCANN cops’ key new evidence has been revealed to be phone records that could show Christian B’s movements in Portugal. The 44-year-old German convicted rapist and paedophile has been identified by police as being the prime suspect responsible for the abduction of Madeleine.

The toddler made world headlines after she vanished after being left sleeping in the family’s holiday apartment in Praia da Luz Portugal in May 2007.

The noose tightens on Christian B.

It has only recently emerged that German cops have new leads on main suspect Christian B. It was a report from The Sun Online that indicated this relates to phone records that could throw fresh light on his movements around Praia Da Luz at the time Maddie went missing.

“For a long time German officers have said many key pieces of the jigsaw were missing about Christian B’s movements in the Algarve. This new information may help provide one of those pieces,” a source said.

German police believe Madeleine was allegedly killed in Portugal and NOT taken to Germany by Christian B, it emerged today. There were fears initially that he had allegedly moved the toddler to his home country after taking her from Praia da Luz.

Christian B’s lawyer Friedrich Fulscher had said his client “denies any involvement” in the McCann case. Detectives from Germany, Portugal and the UK probing Christian B are due to meet within weeks to discuss the case and how to move forward to an arrest if there is enough evidence.

Madeleine McCann Main Suspect To Be Charged With Rape

German police investigating the disappearance of Madeleine McCann say the main suspect in the case, Christian B, looks certain to be charged with rape in the “next three months”.

Christian Brueckner has been accused of the rape of Hazel Behan in Praia da Rocha, three years before the disappearance of Maddie McCann on May 3, 2007. German authorities now say they are confident of charging Brueckner in connection with the case by the end of summer (2021).