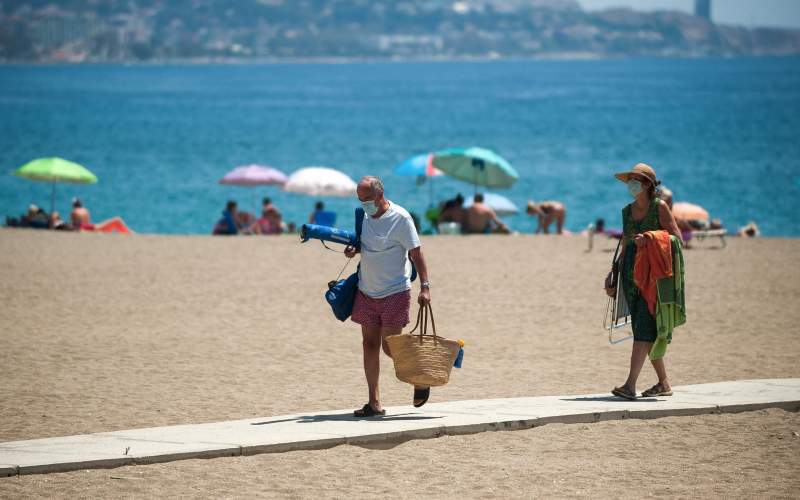 Spain’s Costa Del Sol ‘Confident’ The UK Will Lift Travel Restrictions To Spain In Early June.
Spain’s Costa Del Sol tourism sector is confident that the summer will experience significant recovery, although it would still be a long way from the usual high season levels witnessed in previous years before the pandemic struck.
But this confidence has been overshadowed in recent days by the UK Government’s decision to exclude Spain from it’s green list of safe countries to travel which forces British visitors upon their return to undergo a 10-day quarantine, requiring two PCR tests to be carried out.
These requirements seem like a deterrent, even though Spain is still the preferred holiday destination for the British holidaymaker.
In the case of the Costa del Sol, in particular, British holidaymakers make up the bulk of the foreign market with 30% of the travellers arriving at Malaga airport in 2019 coming from the United Kingdom.
Spain’s Tourism Minister said she is confident Britain’s favourite foreign holiday destination will get the UK’s ‘green light” status very soon.
Maria Reyes Maroto also signalled she believed UK tourists would get the go-ahead to visit the Costas nearly a fortnight ahead of schedule in an upbeat speech after Spain was put on Britain’s amber list last Friday.
However, Mrs. Reyes Maroto said she was anticipating Brits would be allowed into Spain as early as next week and insisted she was confident Downing Street would upgrade the country to a green rating shortly, thereby sparing people having to self-isolate.
The Tourism chief was speaking during a visit to Alicante on the Costa Blanca on May 10,  making her first comments since Spain learned it had missed out on the UK’s green traffic light status the previous week.
Source: The Mirror