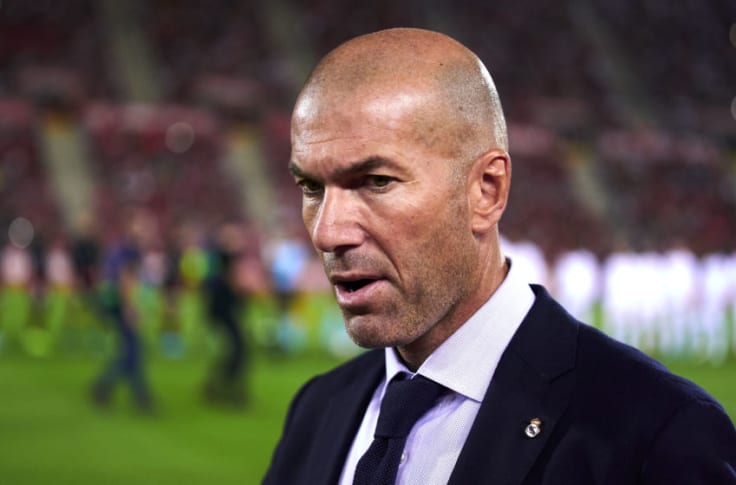 With Zinedine Zidane’s departure now confirmed from the club, Real Madrid have already begun work to replace him. This will not be an easy task, given the huge presence Zidane had at the club, but Los Blancos already have the wheels in motion.

Right now, as reported by MARCA, Raul Gonzalez is the first choice to lead the team into the next season. Massimiliano Allegri and Joachim Low have been considered as other options, but currently, Raul is the leading candidate for the position.

Raul is seen as being the natural replacement for Zidane, continuing the Frenchman’s work,  he would bring his character and high work rate along with him- he also understands the team and club better than almost anyone.

As can be expected, he’s not the only name to have been put forward in board meetings, but he is the favourite amongst most of the Real Madrid’s directors. Starting his journey at Al Sadd, undergoing teaching courses, he joined Real Madrid’s coaching set-up with the youth teams in 2018 and has gone from strength to strength since then.

Pirlo has struggled in his first managerial role this campaign and his tenure at the helm of the Turin giants has led to Juve falling out the title race, slipping 12 points behind leaders Inter Milan.

According to the Daily Mail, Zidane was Juventus’ first choice to take over when Massimiliano Allegri left the club almost two years ago and that is still the case.

When it was not possible to lure the Frenchman away from Madrid they turned to former Chelsea boss Maurizio Sarri and then Pirlo, both of whom look like only lasting one season at the helm.

Zidane is still highly thought of, particularly by Juventus chairman Andrea Agnelli, who is under the impression that the Frenchman is the right man to replace Pirlo.

The Juventus hierarchy feel that they have a group of talented players who are capable of competing for the Champions League and dominating in Italy, but they need someone who can get the best out of them as opposed to Pirlo, and they feel Zidane could be that person.

Zidane has won three Champions League crowns and two La Liga titles during his time in charge of Los Blancos.