80 Moroccan Immigrants With Families And Kids Swim Into Ceuta 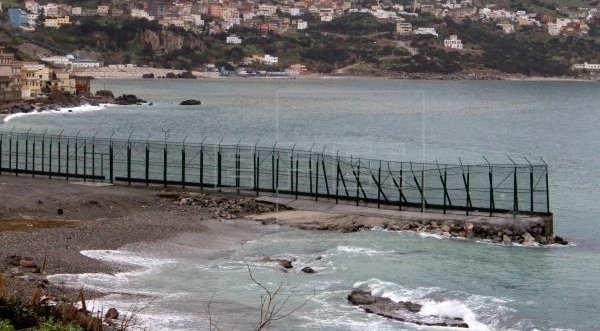 80 Moroccan Immigrants With Families And Kids Swim Into Ceuta.

MORE than 80 Moroccan immigrants, including entire families with small children, managed to enter Ceuta this morning by swimming towards the border breakwater. Most of the entries have been carried out through the northern border of Benzú.

Red Cross emergency services were quickly at the scene giving out blankets and food and water to the shivering ‘escapees’. According to reports, the families had easily entered Ceuta along the jetty due to the short distance that separates Ceuta from Morocco and they were not detected by the Moroccan police.

Of the 80 people who were originally thought to have crossed the border, the Government Delegation in Ceuta has counted almost a hundred Moroccan immigrants who have entered the autonomous city this morning.

As sources from the Ceuta Government Delegation have informed Efe, the exact number of immigrants who have managed to enter cannot yet be specified as some entered through the northern breakwater of Benzú and others through the southern area of ​​Tarajal.

Sources have confirmed that most of them entered on foot, skirting the breakwater, and others by swimming, taking advantage of the low tide.

The Guardia Civil have confiscated two boats that were left on the beaches which have also been used by some of the immigrants to access the city.

The Government Delegation has confirmed that this matter has been referred to the Ministries of the Interior and Foreign Affairs so that the appropriate measures can be taken to proceed with the return of these people, all of them Moroccans.

The National Police are carrying out identification of the immigrants.

This entry is the second most important in less than a month, on the weekend of April 25 and 26, a total of 149 Moroccan immigrants entered the city, bringing with them about 40 minors.