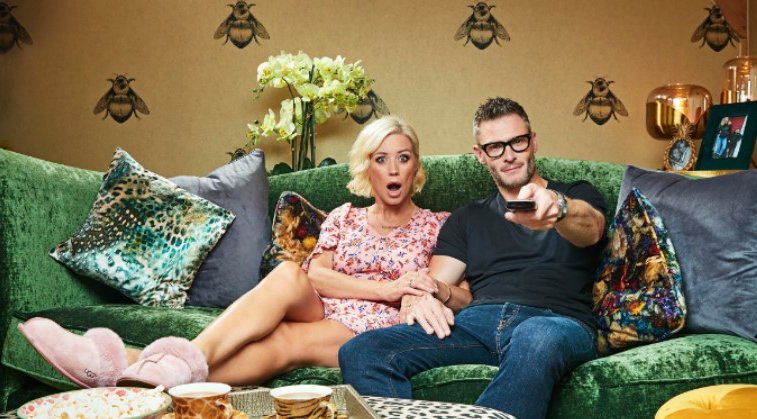 Denise Van Outen has come to the defence of shamed actor John Barrowman amid claims he exposed himself multiple times during his career.

Barrowman responded to the allegations on May7, saying that he did engage in “tomfoolery” during his time filming Doctor Who and its spin-off Torchwood, but co-star allege more serious behaviour.

Speaking to the Daily Star, Denise said that while he did expose himself in her presence it was always just for fun and was not meant to cause offence and she wonders why the historic incidents are being re-hashed now.

“I feel like fingers are being pointed now that is a bit unnecessary for him,” she said on May 16.

“I’ve worked very closely with John several times. We were judges on the Andrew Lloyd Webber show together. John has a very humorous and fun personality. Anything that he has ever done has always been in jest and I have never been offended by anything he has ever done,” she added.

“I know people do joke about the fact he has exposed himself in the past but it has always been done in a fun, humorous way. I suppose I don’t know if anyone has been offended by it but I haven’t been offended by it. He has never done anything offensive to me. I have seen all of him ‘though but I wasn’t offended by his manhood,” she insisted. In 2008, Barrowman apologised after pulling his trousers down while being interviewed for BBC Radio 1, saying that he had joined in “the light-hearted and fun banter of the show” but “went too far”.

In his recent statement, Barrowman repeated his stance, saying: “Since my apology in November 2008, my understanding and behaviour have also changed.”

“The Euro Weekly News is running a campaign to help reunite Brits in Spain with their family and friends by capping the costs of PCR tests for travel. Please help us urge the government to cap costs at http://www.euroweeklynews.com/2021/04/16/ewn-champions-the-rights-of-brits-in-spain-to-see-loved-ones-again/**