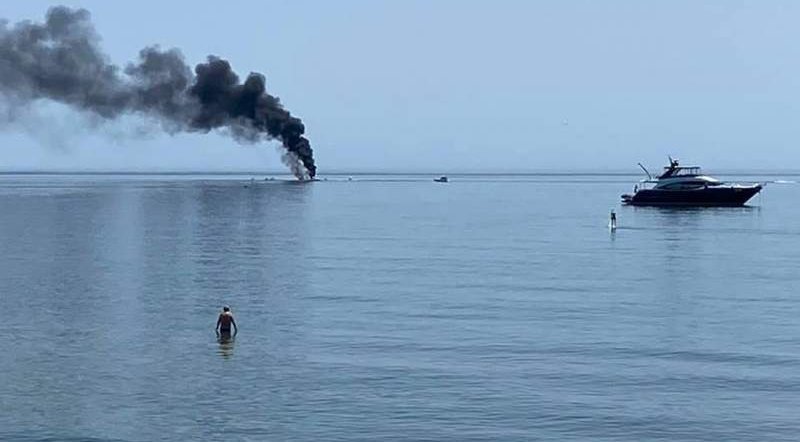 Sunbathers enjoying an afternoon on the beach were witness to something akin to a film set yesterday when a boat believed to be carrying over 500kg of hashish burst into flames just off the shore between Cabopino and Costa Bella in Marbella.

According to reports, a boat approached the shore at around two in the afternoon, followed by two men jumping off and quickly running off past the sunbeds, the pilot then turning around and heading back out to sea. To the surprise and shock of the crowd, the vessel suddenly burst into flames at around 100 metres out into the sea – it is thought the pilot was rescued by other persons on a jet ski moments later who may or may not be connected to the gang.

According to sources, the six-metre boat was trying to escape from a Spanish Customs Surveillance Service patrol boat that had been watching the men, suspicious of their activities, the patrol boat speeded to intercept what they believed to be a drugs transaction in progress.

As the customs boat neared, the men threw 14 packages of hashish into the sea, around 500kg, which were later picked up by the police who think the boat was purposefully set alight in an attempt to destroy the evidence. A full investigation is underway as to the identities of the men.