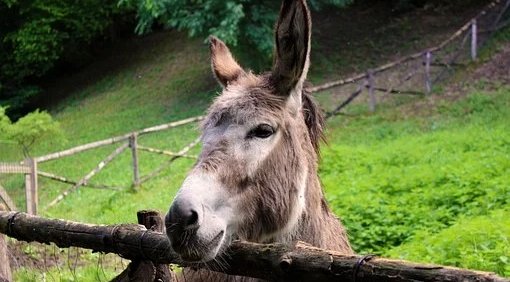 IN a shocking accident an escaped mule caused a six car pile up on a Spanish motorway.

The loose mule had escaped from a farm and had managed to make its way onto a dual carriageway in Sevilla. Unfortunately, the animal running loose on the road managed to cause a collision which involved six vehicles and resulted in one person being injured.

The accident happened on the Utrera-Sevilla motorway and one person received a minor injury in the pile up as reported El Correo Web.

The animal was usually used for agricultural purposes but had managed to escape from its farm before it somehow made its way onto the Utrera-Sevilla motorway. The accident took place on Saturday morning at around 5.50am.

Tragically the animal died as it was hit by a yellow Citroen C2, which ran into the animal on the road. The collision with the car is said have caused the animal’s “death on the spot”. After hitting the animal, the car overturned and ended up with its wheels in the air. This then caused a multiple vehicle pileup which involved multiple cars, two vans and even one lorry.

Luckily though only one person was injured in the accident and this was the driver that hit the mule. Fortunately, they only sustained minor injuries though.

The motorway had to be closed due to the accident for a short while and medical services and Guardia Civil officers attended the scene of the accident.

In other death-defying news in Spain, Emergency Services have successfully been able to rescue a 34-year-old man after a bungee jump went wrong and he was left on a cliff. Emergency services rescued the man before he was evacuated by helicopter to Sevilla’s Virgen Macarena University Hospital after being injured in the fall.

The bungee jump was taking place in the town of Aznalcóllar in the province of Sevilla, when the man suffered a fall during the extreme sport.