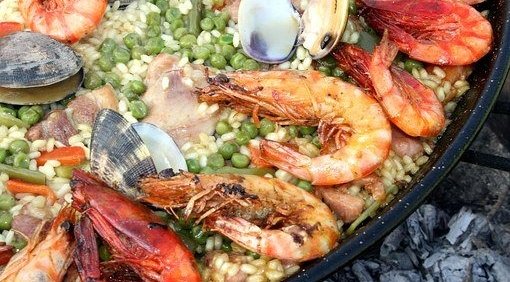 An International Space Station astronaut has upset some people in Spain after getting his traditional Spanish dishes mixed up.

The astronaut unfortunately upset many Spaniards after commenting on social media. While carrying out space missions many astronauts on the International Space Station keep their social media followers up to date with stunning images of the Earth.

But NASA commander Shane Kimbrough recently made a slipup regarding Spanish food though on one such post. The commander is currently on the station and in a bid to delight followers showed a picture from space of a Spanish city. He made a slipup though with the social media comment.

Kimbrough took to Twitter to share a photo taken from the International Space Station as it flew over the Spanish city of Salamanca.

The NASA commander posted on social media and said “Hello Spain! We flew over Salamanca recently and the Tormes River was in plain sight”,

“I wish we had some space paella to enjoy here!”

The post caused outrage among some Spaniards though as Paella is not from Salamanca. Twitter users quickly responded to hit back at for him having mislabelled the dish typical of Valencian gastronomy as reported 20 Minutes.

One person tweeted that, “In Salamanca the typical rice dish is not paella, it’s chanfaina.

“But thank you very much for remembering this city.” Many other followers agreed too.

Other Twitter followers insisted that he had good intentions and defended him. One tweeted that “The man, with all good intentions, wanted to make a nice comment about Spain. Here we all know that paella is from the Valencian Community, but all over Spain they make wonderful paellas.”