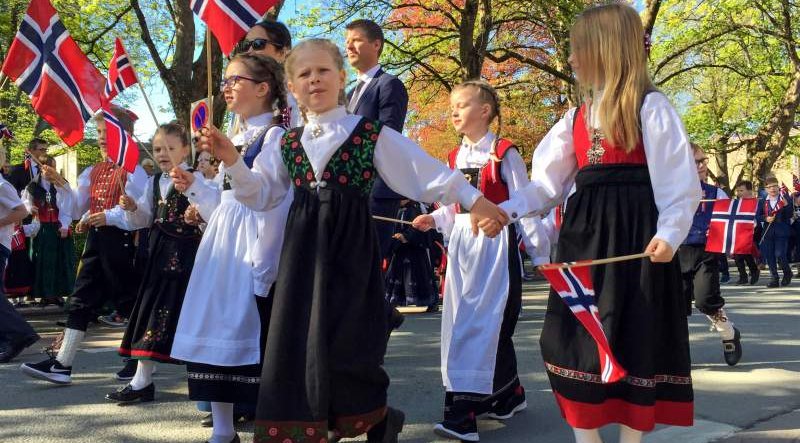 In Norway, May 17 is a day for everyone to enjoy

TODAY, Monday, May 17, we say Happy Nasjonaldagen to all our Norwegian friends on the Spanish costas as they celebrate Constitution Day.

Constitution Day is an official public holiday in Norway, which the Norwegians also call Syttende Mai (May 17) or less frequently, Grunnlovsdagen (Constitution Day).

The Norwegian Constitution was signed on this date in 1814 and declared Norway an independent kingdom.

It was first celebrated by students and some other groups, and because the King of Sweden and Norway was reluctant to mark the day, it was banned for a few years.

This changed in 1829, following the Battle of the Square, although it wasn’t until 1833 that it became official. The first Children’s Parade to mark the day was in 1864, although until 1899, only boys were allowed.

The day is not marked in a military manner, but instead with parades mainly involving children who wave the national flag while they walk through the streets, often stopping to visit senior citizens and was memorials, where flowers are often laid. It is a way of bringing young and old together, and explaining to children the importance of the sacrifices that others have made for the country. People wear ribbons with the national colours, red, white and blue, as well as traditional garments.

The largest is held in the capital, Oslo, and many people come from all over the country to take part and watch, as well as it being televised. The parade passes by the Royal Palace and the Royal Family greets people from the balcony.

A day for children

Parades usually end with the children singing the national and royal anthems and there is also time for them to shout, make noise, play games and eat treats. Some places let off fireworks too.

The Norwegian communities abroad often like to celebrate Nasjonaldagen, especially in the United States and Canada where Norwegian residents celebrate Constitution Day, but also in an increasing number of countries worldwide.

Poet Henrik Wergeland is credited with having made the day a celebration for children rather than an occasion for military or patriotic activities.

We hope all Norwegian friends will enjoy their National Day wherever they are. In Spain, Norwegian residents will celebrate Constitution Day in several areas, although unfortunately many councils, such as Benalmadena, have said parades will not be possible this year due to the COVID-19 situation.

On the Costa del Sol, The Beach House Marbella invites everyone to join in and celebrate the Norwegian National Holiday with a Lunch Party today Monday, May 17. The day will feature the ‘Sunday Lunch Entertainment line-up’ with the Masquerade Duo at 3pm in Elviria.