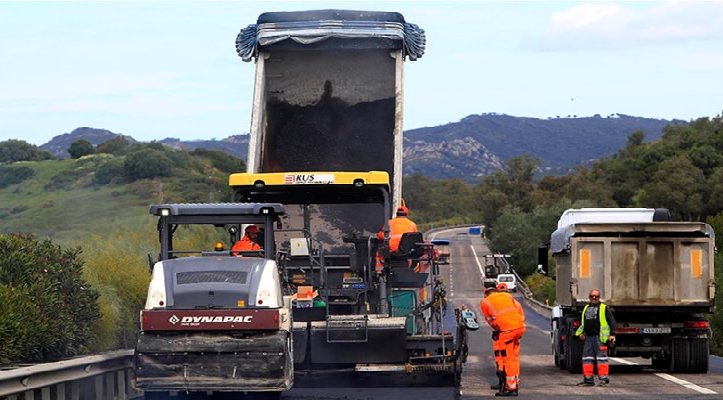 A budget of €3.7m has been approved by Andalucia’s Regional Ministry of Development, Infrastructure, and Planning, to carry out repairs to damage caused in the Cádiz And Córdoba municipalities by the heavy rains brought by storm Filomena back at the start of the year, when 133 litres per square metre fell in just ten hours.

Both the Jerez-Los Barrios A-381 road that connects with the Campo de Gibraltar region, and the historic Palma del Río iron bridge on the A-453R1 road in Córdoba that dates back to the late 19th century suffered serious damage.

Repair to the Jerez-Los Barrios road has been estimated at around €2,505,916, with damage spread over several parts of the A-381, especially on the service road to the left bank of Km64, where two landslides at the back of the tunnel caused damage to the nearside lane.

Further along the road, at Km70, the piles of a structure of the Charco Redondo reservoir – fed by the flooding of the Las Cañas river –  were found to have been pushed into misalignment.

Similarly, the access road to Los Barrios suffered damage, in the roundabout and at the beginning of the slip road, where subsidence caused cracks, potholes, and fissures in the road surface, with the deformation changing the camber of the road surface, the repair of which is essential for road safety.

Work on the old Palma del Rio iron bridge on the Guadalquivir – built in 1885 – on the A-453R1 is already being carried out by Firprosa, with a budget of €1,282,600, after technicians had discovered several faults in the structure.

These included a generalised state of blockage of the bridge support devices, along with the appearance of holes of several centimetres in the expansion joints of the structure, and an advanced state of corrosion of the metal structure and the bridge protection systems.