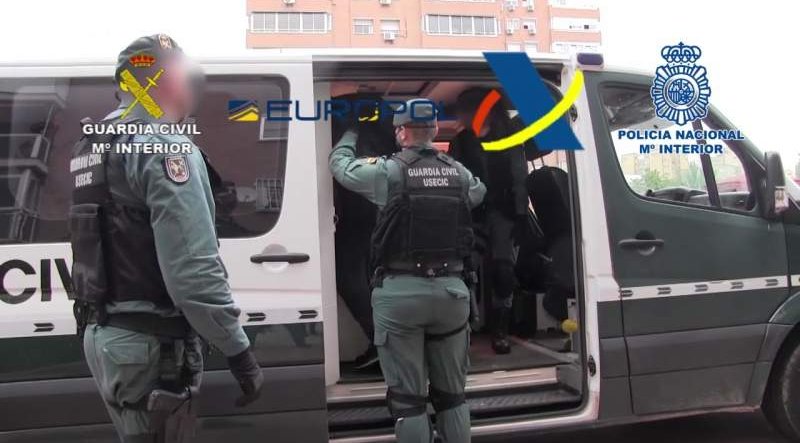 An international law enforcement operation involving 5 countries with the support of Europol and Eurojust has resulted in the arrest of 22 suspects belonging to an organised crime group which has caused over €26.5 million in a tax loss to the Spanish state budget.

On 28 April, some 24 places belonging to the criminal gang were searched in a series of coordinated raids. The searches were carried out in Spain (18), the Netherlands (5), and Belgium (1).

The investigators seized 16 high-end vehicles and 13 properties worth an estimated €1.3 million as well as froze a dozen bank accounts held by these criminals in 33 different financial entities. Europol deployed its experts to Spain and the Netherlands to support the national authorities during the action day.

The syndicate used a sophisticated infrastructure to facilitate such tax evasion spread over various countries in the past year and a half. The criminals would use so-called front companies in Spain, Slovakia, Romania, Belgium, and the Netherlands to pretend a trade in goods took place. In reality, no goods were delivered to enterprises in other countries, but they remained in the same Member State.

On these kinds of transactions within the same country, VAT has to be paid. By pretending a trade across the EU, the VAT payment was avoided and henceforth the Spanish tax authorities defrauded upon. For these purposes, a string of shell companies had been set up and trading documents had been forged.

At the request of the Spanish authorities, Eurojust organised a coordination meeting and set up a coordination centre within a few days. The Agency coordinated the transmission of requests for European Investigation Orders (EIOs) and freezing certificates for bank accounts.

Europol brought together the investigators in all 5 countries to discuss the procedural requirements and agree on a clear way forward. Its experts from Europol’s European Financial and Economic Crime Centre (EFECC) thereafter supporter the intense exchange of information leading to the action day.

THE FOLLOWING COUNTRIES TOOK PART IN THIS OPERATION: