The PSOE are blocking the attempt to activate the ‘trans law’ 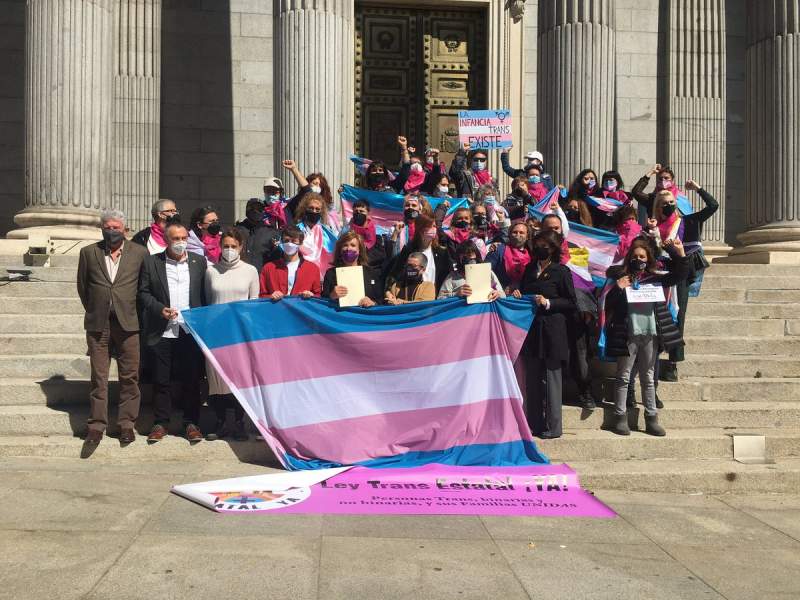 The PSOE and the right-wing party in Congress are blocking the attempt to activate the so-called "trans law’. Image: Twitter

The PSOE are blocking the attempt to activate the ‘trans law’.

The so-called transgender legislation is still blocked in the government, and an effort to unlock it in Congress on Tuesday failed as well. The PSOE’s veto over the project of Unidas Podemos’ Minister of Equality, Irene Montero, has been transferred to the Parliament this Tuesday, where the socialists’ abstention, along with the votes against PP and Vox, has prevented many left-wing groups’ efforts to activate a proposal somewhat similar to the one that has been stifled by the PP and Vox.

The proposal has sparked one of the most unusual alignments of powers in the House in recent history: the government is divided, and Unidas’ status is in jeopardy. Podemos has gained support from the entire left, as well as the PNV, Ciudadanos, Junts, and PDeCAT, while the PSOE facilitated the rejection of the two far-right parties with its “Pontius Pilate vote,” as Joan Baldov of Comproms has criticised it.

The odd circumstance is reflected in the ERC deputies’ rare standing ovation for Ciudadanos deputy Sara Giménez, whose outspoken intervention in favor of the right to openly choose one’s sexual identity was also welcomed by Irene Montero, who sat alone on the blue bench. Even stranger, at the end of the session, the Minister for Equality requested the floor to talk on behalf of the Government, “apologise” to LGTBI organisations, and commit to recognising “free determination of gender identity,” the very point that has triggered the Executive’s reticence.

Montero has set herself the objective of unblocking the initiative before Gay Pride Day on June 28. It is one of the initiatives that has created the most bitter tensions within the coalition Cabinet.
Prior to the minister, socialist MP Susana Ros spoke on behalf of the government, promising that a bill to control the issue will be sent to the House.
Ros’ status, on the other hand, was very different from that of the minister who was supposed to be in charge of this expertise.
The plan, which was proposed jointly by ERC, Junts, Más Pas, Compromis, CUP, and Nueva Canarias, was essentially identical to the Equality proposal, which was paralyzed in the government by the PSOE, as Minister Montero herself acknowledged. Essentially, the premise was that a person’s sexual orientation would be legally recognised solely on the basis of their will. If the proposal had been approved, it would have started the House’s processing period, during which the groups could make changes.
The PSOE’s contempt for this, even as possibility, has sparked widespread outrage among its coalition partners.
As reported by El Pais