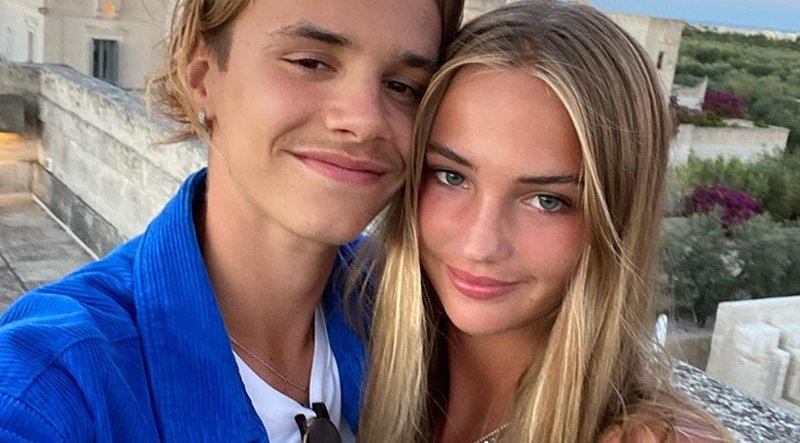 Romeo Beckham has sparked rumours his girlfriend Mia Regan is pregnant after posting photos of her midriff and waist on his Instagram account.

The stylish couple’s snaps are cryptic enough to have fans wondering aloud if 18-year-old Romeo’s beau is expecting.

Mia, also 18, and Romeo have been dating since May 2019 and on their second anniversary Romeo promised Mia in a social media post that they will be together “forever”.

The sweet snaps show the young romantics with their arms wrapped around each other while Romeo pushes Mia’s pink top up to expose her waist and stomach.

Romeo’s 2.9 million Instagram followers believe the pair might have an announcement to make soon with one fan asking, “Is she pregnant?”

Mia is reportedly close to the Beckham clan and spent part of lockdown holed-up with them in their Cotswolds home. Romeo’s older brother Brooklyn got engaged last year to his girlfriend Nicola Peltz.

Romeo, the second oldest son of Victoria Beckham, 46, and David Beckham 45, made his first magazine cover in January this year. The cover shoot for L’Uomo Vogue’s Generation Issue was photographed by famed photographers Mert Alas and Marcus Piggott, featuring Romeo sporting a mature and blonde-haired look in a series of revealing outfits.