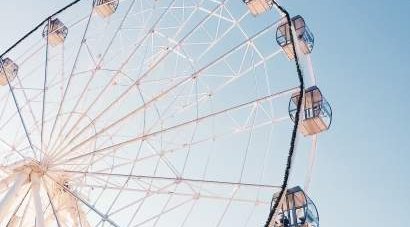 Workers at the beleaguered Tivoli World amusement park in Benalmadena fear that if it does not re-open this summer, it will close permanently.

The Malagan tourist attraction has been enjoyed by more than 35 million visitors since it was opened in 1972 by Bernt Olsen, a Danish businessman.
Now facing bankruptcy and debts of 11 million euros, the amusement park faces the prospect of never re-opening making 100 workers at the park unemployed.
“We want to open as soon as possible,” said Mariano Hidalgo, the CEO of Tivoli World since 2006. But the judicial administrator, lawyer Juan Antonio Sanchez said, “It is quite likely that Tivoli will not reopen. The park is viable, but in the long term its situation is very complicated due to the large existing debt.”
Tivoli’s problems began after it was acquired by Cordovan business man Rafael Gomez in 2004. The sale was estimated at 30 million euros plus an unspecified investment sum for remodelling and the opening of new attractions. But the 2007 economic crisis hit hard and the amusement park needed fresh investments. The Tremon real estate group acquired several assets but they too soon faced bankruptcy in 2008 and a dispute arose between Treon and Gomez.
Employees, many of whom are no longer eligible for social security benefits, fear another closed summer will result in the amusement park being dismantled and the land sold for housing. The 65,000 metres plot is prime real estate in the heart of Benalmadena. However, the local council and the Junta are eager to ensure the land remains classified for cultural and leisure purposes. The move though may not be enough to save jobs at the once iconic attraction.