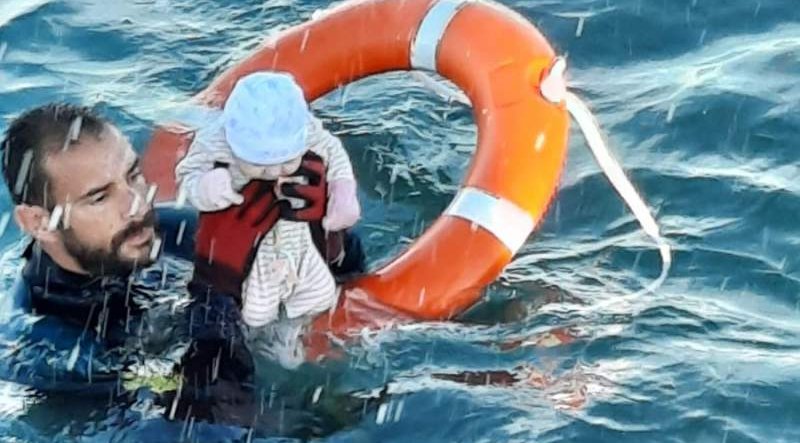 A brave Guardia Civil officer has recounted the dramatic moment he saved a tiny baby boy from the freezing waters near Ceuta.

The two-month-old baby had been tied to its mother’s back as she tried to reach the Spanish enclave from Morocco along with thousands of other desperate migrants since the evening of Monday May 17.

The infant was close to death when it was rescued by Valle Ramirez. “We took the baby, it was freezing, cold, it wasn’t gesticulating,” he said during a brief interview on May 19.

“We were attentive to all the people we thought they weren’t going to be able to get from where they wanted to the Spanish area. They were on toy floats, with empty bottles, with whatever,” he said.

Valle Ramirez said his unit’s mission was to rescue “vulnerable people who would not be able to stay afloat.”

“There were many fathers and mothers with children tied up as best they could. They were thrown behind their backs in fabrics and clothes,” he added.

Earlier the Red Cross warned that an unprecedented number of infants had made the crossing from Morocco with their parents. Of the 8,000 migrants who arrived in the Spanish enclave, at least 1,500 are children.