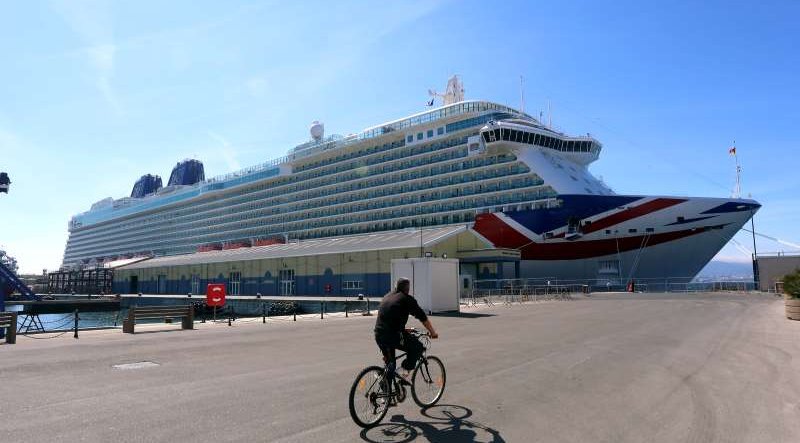 The QE2 was a previous visitor to the Rock Credit: Gibraltar Government

AS normality begins to return to Gibraltar having successfully fought the pandemic and inoculated the bulk of the adult population thoughts turn to tourism.

Already on the UK Green List for travellers coming by air, the thought of attracting cruise ships back to the Rock is becoming increasingly more important from an economic point of view.

There are a limited number of hotel rooms in Gibraltar so the thought of thousands of day trippers turning up with their own accommodation on board a cruise ship is very attractive, especially for shops and restaurants as well as taxi drivers.

Main Street, although not deserted, is currently fairly empty and the tourist shops offering perfume, alcohol, cigarettes and jewellery certainly need a boost and that can really only come with the return of the cruise ships.

The Government was farsighted during the pandemic, allowing numerous ships to make ‘technical calls’ to refuel, bring in provisions and let crew leave via flights to the UK so has certainly maintained good relations with many of the liner operators.

So appreciated was the support from Gibraltar that these efforts were recognised by MedCruise during that Association’s recent awards that Gibraltar was named as the “Western Mediterranean MedCruise port showing the greatest commitment during the pandemic”.

Now Minister for Tourism, Transport and the Port Vijay Daryanani has stated that Gibraltar is is ready to welcome back cruise ships, their passengers and crew.

He has acknowledged that the cruise companies have carried out impressive work in terms of on-board testing and screening facilities, which will be part of their protocols and if passengers and crew have either a valid PCR or lateral flow test taken up to 72 hours before arrival, they will be able to disembark and visit Gibraltar.

This clearly won’t happen overnight as other countries have to agree to become ports of call for cruises but at least Gibraltar has put its ‘hat into the ring’ and wants to welcome the return of liners as soon as possible.