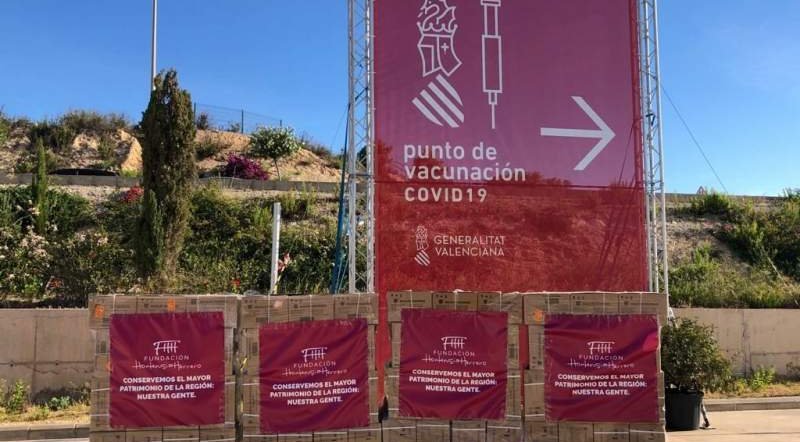 MERCADONA founder’s wife, Hortensia Herrero, has made a stunning donation of three million syringes in a bid to boost the coronavirus vaccination roll-out in the Valencian Community of Spain.

The syringes complete with hypodermic needles will be donated across all three provinces of the region and will be used in four centres for vaccination. The vaccination centres will be the Congress centre in Castellón, the City of Arts and Sciences in Valencia, the trade fair centre in Elche, and Alicante’s Ciudad de la Luz film studio.

This is not the only time that Herrero has helped during the ongoing coronavirus pandemic. The successful businesswoman runs her own charity, the Hortensia Herrero Foundation, and is married to Juan Roig, Mercadona’s chairman.

According to Think Spain, the disposal syringes are “fully compliant with the medical requisites” of the ongoing vaccination programme. The fantastic donation will help cut public costs too.

The syringes are one millimetre disposable syringes and come with safety needles perfect for the vaccination roll-out in Spain. Spain is administering vaccines at central points with people being called en masse, but provided with times and dates in a bid to avoid crowds.

Only last year in April the Hortensia Herrero Foundation distributed a staggering one million masks to hospitals in the Valencian community. This was at a time when even medical staff were struggling to get hold of essential PPE.

Speaking of the pandemic, Herrero said: “I’m proud to be able to cooperate and do my bit in this fight against Covid-19.

“Last year, I was able to help by donating masks, and at the moment, when it seems that we’re finally seeing some light at the end of the tunnel, I’m also proud to be able to deliver syringes and hypodermic needles to contribute towards the vaccine roll-out moving at a suitable pace.”