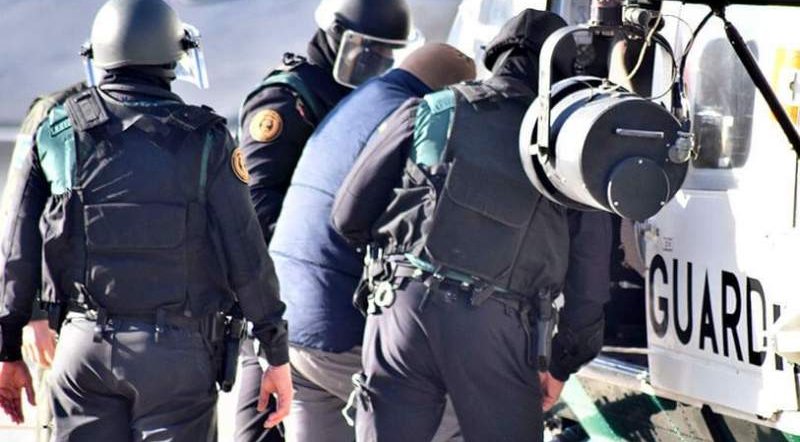 THE Moroccan response to the attitude of the Spanish government towards Brahim Ghali has been the relaxation of border controls, which has caused a migratory crisis without precedents as more than 8,000 people flooded into the Spanish enclave of Ceuta over the past few days.

The Spanish Minister of Foreign Affairs, Arancha González Laya, has said that Ghali was admitted “for strictly humanitarian reasons” since Spain is “a responsible country with its humanitarian obligations.” Ghali landed at the Zaragoza military base on April 18 in a medicalised plane from Algiers. The doctor who accompanied him entered the San Pedro de Logroño Hospital with a kind of safe-conduct letter written in French with a false name: Mohamed Benbatouche.

Ghali apparently chose Logroño in Spain to receive hospital treatment for cancer and lung injuries he suffers as a result of Covid. He has had open proceedings pending against him since 2008, following a complaint for genocide filed against him. It is understood that when his health allows it he may end up having to face the charges in the National Court.

The important and vital anti-jihadist information that Morocco regularly and traditionally provides to Spain is currently much more than in question.

The Moroccan Ministry of Foreign Affairs described from the beginning as “serious” the crisis unleashed between the two governments due to the support of someone considered an enemy of Morocco. The Spanish diplomatic service, in fact, warned Minister González Laya last week that the gestures towards the Polisario would be responded to with a shower of immigrants on the Spanish coasts, as published by OKDIARIO.

European Commission Vice-President Margaritis Schinas tweeted that the enclave’s frontier was a European border, expressing his “full solidarity with Spain.”

Ceuta, with a population of 80,000, is on the northern tip of Morocco across from Gibraltar. Along with another Spanish enclave, Melilla, it has long been a magnet for African migrants seeking a better life in Europe. Morocco has a claim on both.