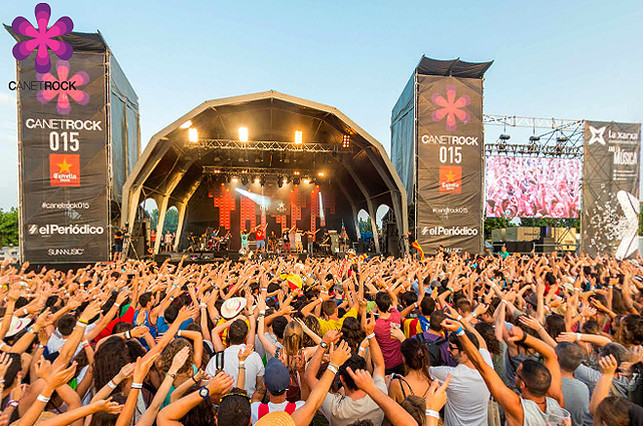 The *Canet Rock festival which was cancelled in 2020 due to the pandemic has been given the green light for a July 3 restart with some 22,000 attendees, which is only 3,000 less than the pre-pandemic figures of 25,000. Music fans will now be able to make what used to be their annual pilgrimage and descend on the small coastal town of Canet del Mar.

The public has been told to wear a mask at all times and must have passed a previous antigen test before they will be allowed access to the shows.

Tickets to the festival are almost exhausted because they cost the same as those sold for shows back in 2020. However, this time attendees must pay a fee of 7 euros to meet the extra costs that the organisation of the festival will personally incur such as modifications to the infrastructure and the need to perform 22,000 antigen tests in a single day.

Details of exactly how the antigen test operation will be carried are still in discussion. The idea is that the public – all those over 6 years old, even if they are vaccinated – can reserve a space and time at one of the points enabled by the festival to take the test on the day of the festival.

*Canet Rock is a historic festival held in the Spanish coastal town of Canet del Mar, close to Barcelona, each summer. With its roots in the counterculture of the 1970s, the festival has a strong tradition of freedom, tolerance and inclusivity which stand strong to this day.