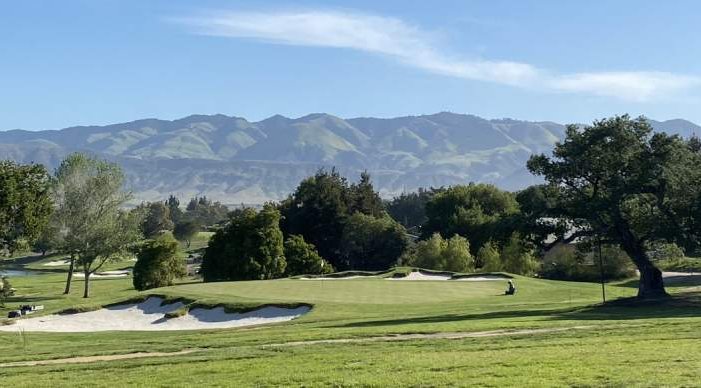 The Andalusian ALPS Golf Tournament will be held in Rincón de la Victoria.

The Andalusian ALPS Golf Tournament will only have two venues in Spain, one of which will be in Rincón de la Victoria, as announced at FITUR on Wednesday. In September, the municipality will host a competition of 126 professionals from over 15 countries competing for a total prize pool of 40,000 euros.
Rincón de la Victoria and Aoreta Resort announced the ALPS Tour Andalusia 2021, will be hosted by the municipality from September 6 to 11, from the stand Turismo Costa del Sol, Pavilion 5 of Andalusia, and within the International Tourism Fair (FITUR).
Francisco Salado (PP), Mayor of Rincón de la Victoria, Antonio José Martn (PP), CEO of Aoreta Resort, ngel Acha, and President of the Royal Andalusian Golf Federation, Antonio José Martnez, have announced the international event, which will attract 126 professionals from over 15 countries in a 54-hole Stroke Play format with a prize pool of 40,000 euros.
“We are delighted to host this circuit in the province, and in our municipality, which serves as a warm-up for professional golfers,” Salado said. “This is a firm commitment to continue hosting top-level sporting events. A perfect ally when it comes to attracting tourism to our province”.
“Golf is one of the most important sectors for our tourism industry,” the councillor said, “which is why we have developed a firm commitment to sports tourism in recent years.”
Salado also explained that “hosting this event also means an important international media projection supported by the Royal Spanish Golf Federation to reach more than 600 media outlets”.
Ángel Acha, expressed his satisfaction: “for hosting one of the world’s most prestigious golf tournaments in our facilities.
The Rincón of la Victoria – Aoreta Resort has teamed up to offer La Axarqua the best golf in Europe ”
Antonio José Martn (PP), Councillor for Sports, has also emphasised the event’s importance as the third level of the European Tour, the preliminary step to the Challenge Tour, “which helps young professionals to gain experience for the international competitions, and even more so since it is being held for the first time in Rincón de la Victoria.”
This year marks the twentieth edition of the ALPS Tour, which will include only two tournaments in our country: the ALPS of Andalusia in Aoreta Resort in Malaga in July and the ALPS of Las Pinallas in Albacete in September.
As reported by Axarquia Plus