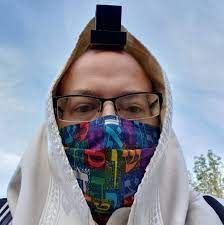 Two men charged over attack that left rabbi in hospital in Essex.

Two men have been charged in Essex with allegedly assaulting a rabbi in a religiously motivated attack.

For the assault on Rafi Goodwin in Chigwell, Abderrahman Brahimi, 25, and Souraka Djabouri, 18, from Ilford, east London, had been arrested.

Rabbi Goodwin, 31, was assaulted with an unknown object shortly after 1.15 p.m. on Sunday in Limes Avenue, near his synagogue, following a verbal altercation.

After suffering injuries to his head and around one eye, as well as having his phone stolen, he was taken to King George’s Hospital for treatment.

The incident was not’related to events taking place abroad or accidents that have occurred elsewhere in the world,’ according to police.

Essex Police have informed us that: ‘Two men have been charged in connection with an assault on a man in Chigwell.

‘The incident took place in Limes Avenue shortly after 1.15pm on Sunday 16 May. The 31-year-old victim was treated in hospital for head wounds.

‘Abderrahman Brahimi, 25, and Souraka Djabouri, 18, both of Tudor Crescent, Ilford, are due to appear at Colchester Magistrates’ Court today, Wednesday 19 May.

‘They are each charged with wounding with intent to cause grievous bodily harm, robbery, and religiously aggravated criminal damage.’

The force said on Monday: ‘Throughout today our officers have been engaging with local Jewish communities to provide reassurance and updates following on from the incident.

‘Community members and religious leaders, who are celebrating Shavuot, have been speaking to our officers in Chigwell and Southend this morning.’

Chief Superintendent Stuart Hooper said: ‘We know this is a very important time – a time for communities to come together, to be around each other and celebrate. We do not want anyone to feel that they cannot do that safely.

‘Officers have spent the day speaking with the Jewish community to provide reassurance.

‘At this time we do not believe this incident is related to events taking place overseas or incidents which have taken place elsewhere in the country.’

Following the attack, Moshe Freedman, rabbi of New West End Synagogue in central London, called for prayers for his “dear friend and colleague.”

And Rabbi Herschel Gluck said: ‘Whenever a person is attacked like this, it touches me deeply.

‘The person themselves, their families, their congregation and their friends are all affected by this.

‘Even though it is an individual, it has much broader and wider ramifications.’