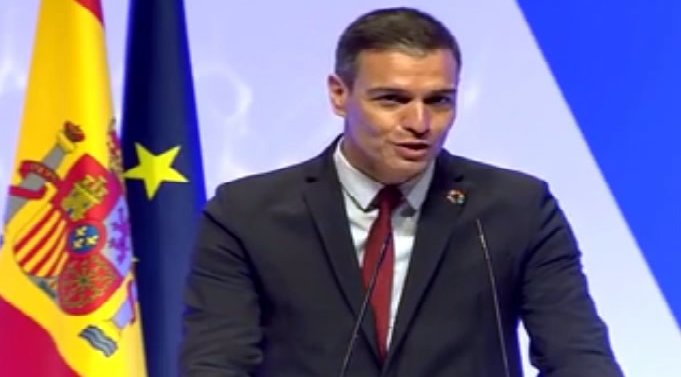 Pedro Sánchez’s, today, Thursday 20, in a speech in Barcelona, painted a picture of what the country is expected to be like by the year 2050, as he unveiled the long-term strategy that has been planned out to combat climate change.

By 2050, journeys of less than 2.5 hours, for example, going from Malaga to Madrid, will have to be taken only by train, as trains are seen as a ‘greener’ form of transport, so there will be no more short, domestic flights, and there will be fewer private vehicles, with people encouraged to share vehicles.

Train systems will be upgraded and night train services will become more popular, with cross-border connections updated and terminated, and demand for the service encouraged “by applying a fair fare system”.

As far as airlines are concerned, a tax will be established on airline tickets, according to the distance travelled, with those who travel further being seen as creating more pollution so they will be taxed more, while a “frequent traveler” rate will also be implemented.

People will consume less meat in 2050, fewer products will be consumed, and municipal waste will not be sent to landfills, and the government document says that a “payment for generation of waste would be implemented as a measure of responsibility for consumers”, which will also be extended to manufacturers, who will have to be in charge of waste management and assume all associated costs, thus freeing the municipalities of this charge.

With climate change in mind, the government has said that the country “must carry out profound transformations”, in the way of moving, consuming, eating, producing, and even building, since the sector will have to focus less on the creation of new buildings and more on the rehabilitation of those that already exist.

Transport will be dramatically hit, with the combustion car and air transport the big losers, as electric vehicles take over, and “tax rates on diesel and gasoline consumption will be raised progressively, until they are equal to the average tax rate for gasoline in the EU”. the document says.

A ‘climate tax’ could also be implemented, designed to offset the impact of higher environmental taxation on lower incomes – part of the collection from green taxes would be returned to the population.

Certain raw materials and products would have to be limited, “In the coming decades, the Spanish population will have to reduce its intake of food of animal origin, the amount of clothing it buys, or the number of new digital devices and appliances it acquires per year”, while the document states that this reduction, “will not cause a worsening of living conditions or the well-being of citizens”.