Spanish Historic Caves Smashed into The Ground in Malaga 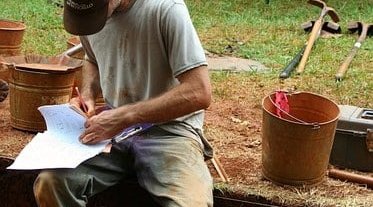 Spanish Historic Caves Smashed into The Ground in Malaga.
SPANISH historic caves have been “smashed into the ground” in Malaga in a move which has upset those who wish to protect them.
The cave system discovered in Churriana is considered to be “a unique site formed by artificial caves opened in a rock face in which a monastic community from the early Christian period settled and which lasted during the Muslim rule.”
But sadly though these historic caves are under threat. The UMA professor Carlos Gozalbes Cravioto and the Ciriana association called on the government to remove land that has been placed at the top of the caves in order to prevent further damage from being done. They hope that the area can be cleaned up in a bid to preserve the historic cave churches that have been discovered in the area.
Cravioto commented on the caves being covered with land and said that: “What they have done is barbaric. This is happening because of the negligence of not providing resources” as reported La Opinion de Malaga.
In early 2019 the expert highlighted that the caves which are in the vicinity of the Camino del Retiro and the Churriana Cemetery could be of Mozarabic origin. He believes that the caves could be linked to Christians as far back as the eighth to the 10th century, when Christians were in Muslim lands.
He is also confident that three of the cavities that were discovered actually correspond to a cave church. Sadly though, the caves which are set in land which is owned by the Solvia development company has been concealed with earth, this news comes from Maricruz Torres, secretary of the Ciriana Ecologist Association.
Torres explained that: “I suppose that the Junta, in protecting the soil, urged Solvia to take protective measures, but this is limestone rock and it has to be ventilated because underneath, presumably, water passes through and the inscriptions on the church are going to fall down.”
The UMA expert insists that rather than covering the caves up with earth, the Junta need to urgently “clean them up” instead. He believes that the earth that has been placed over the caves will not provide sufficient protection and damage could occur in the winter.