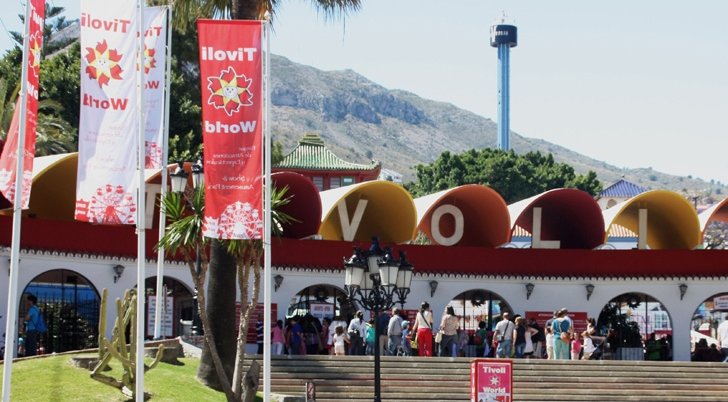 Rafael Gómez, the businessman from Cordoba – also known as Sandokán – who in 2004 bought and owned Tivoli World, the attraction park located in Benalmadena, Malaga province, on Wednesday 19 asked the bankruptcy administrator to allow him to reopen the park this Summer.
In a press conference held at the main gates of Tivoli World, accompanied by his children Esther and José Gómez, he also said that he wanted to file a court case to declare the “contractual nullity” of the sale of the park to the real estate group Tremón, adding that along with his family, he wants to open the park in 15 days time, by being the owner of the Compañía Internacional de Parques y Artistas SA (CIPASA), which operated the site and entered into bankruptcy last August 2020.

Gómez said, “Here I have come with my children, and now my grandchildren are coming, and the fathers and mothers want to come. I want the park to be opened for the good of the workers and of all those who come from the world to the Costa del Sol“, as reported by malaghoy.es.

“I am in competition for €6,000, I do not manage the park, there is an administrator, and he is the one who says he does not want to open it”, stressing that he has asked the lawyer, “Let me open it, but you do not want to contact me!”.

He points out that the park can be profitable even though nothing has been updated therein many years, claiming, “we have never had the thought of going to the administrations to give us money to have the park updated”, regretting that CIPASA entered into bankruptcy for “€6,000 because he says we owed him the costs of a trial we had with Tremón”.
The lawyer, Juan Antonio Sánchez, is the bankruptcy administrator, who Gómez claims “from the beginning is saying that the owner of the park is Tremón, and therefore, it has to be open to the owner”, adding that “he does not want to talk” with Gómez or with his family.
The Euro Weekly News is running a campaign to help reunite Brits in Spain with their family and friends by capping the costs of PCR tests for travel. Please help us urge the government to cap costs at http://www.euroweeklynews.com/2021/04/16/ewn-champions-the-rights-of-brits-in-spain-to-see-loved-ones-again/