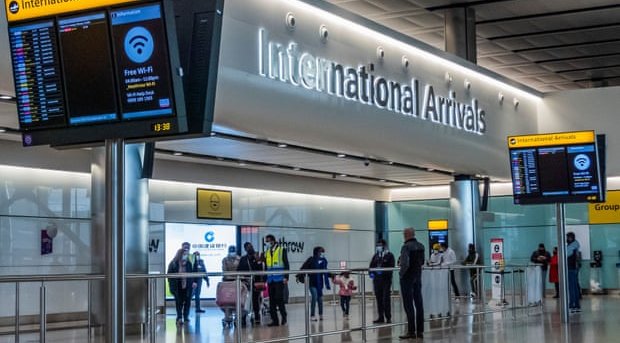 Heathrow Red List Arrivals Will Now Be Processed At A Separate Facility.

Heathrow airport is to operate a dedicated facility for red list arrivals starting from June 1. The move follows reports this week that arrivals into the airport from red list destinations were mixing with those from green and amber list countries during border checks- leading to worries of cross-contamination.

The new facility will operate initially in Terminal 3, before being moved to Terminal 4, Sky News reported. Both terminals are currently closed after the airport consolidated its reduced operations in Terminals 2 and 5 due to the pandemic, according to a report from The Guardian.

A Heathrow spokesperson said: “Red list routes will likely be a feature of UK travel for the foreseeable future as countries vaccinate their populations at different rates. We’re adapting Heathrow to this longer-term reality. While opening this facility will be logistically very challenging, our hope is that it will enable Border Force to carry out its duties more efficiently as passenger volumes increase in line with the green list. Until then, the current red list system will remain in place.”

The spokesperson added: “This system has been designed by the government and has several layers of protection to keep passengers and colleagues safe – including mandatory negative Covid tests for all international arrivals, mandatory use of face coverings, social distancing, segregation and enhanced cleaning regimes and ventilation in immigration halls.”

The current red list system will remain in place until June. The spokesperson said there were several layers of protection to keep passengers and staff safe – including mandatory negative Covid tests for all international arrivals, face coverings, social distancing, and segregation. Immigration halls have enhanced ventilation and cleaning regimes.

Heathrow had previously said it would not open a dedicated terminal without government financial help, with the cost of opening terminals mothballed since the start of the pandemic in 2020 running into millions. Discussions are being held with ministers over the level of assistance.