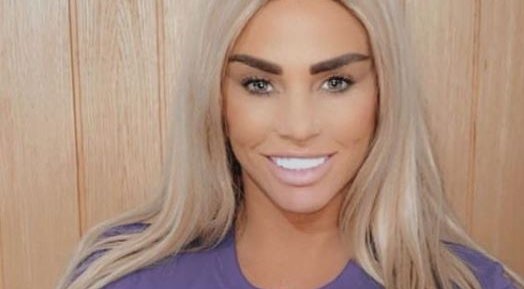 Katie Price has called John Lydon of the Sex Pistol’s fame, a “nasty piece of work” as it emerged that the punk rocker has launched legal action against a new drama series documenting the London band’s rise to fame in the 1970s.

“He is a nasty piece of work, I witnessed it in the jungle,” she wrote on Instagram.

Katie and Lydon, aka Johnny Rotten, fought continuously throughout their stints on I’m A Celebrity Get Me Out Of Here! 17 years ago.

Lyndon said the former glamour model was “talentless” and a Page 3 “blow up balloon” after she used drinking water to wash her hair in the Australian bush.

“It ain’t funny anymore. It don’t contribute. It’s a parasite. You won’t push much more that on me. I won’t take that. I won’t. You make a change with that attitude or I’ll do something serious,” he added.

The new drama series, Sex Pistols, is directed by Danny Boyle. But Lyndon was not consulted as he was branded too difficult to work with by his former colleagues.

He is now outraged and threatening legal action against the six-episode series which began filming in March and is based on Steve Jones’ 2018 memoir Lonely Boy: Tales from a Sex Pistol.

The drama will be released in next year on Hulu.