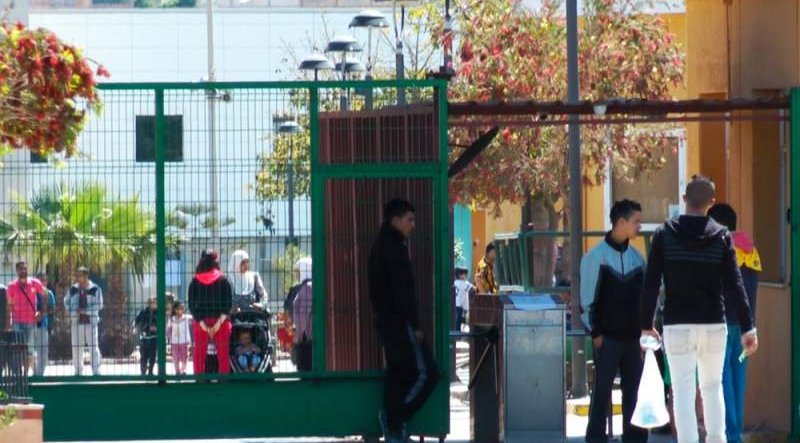 Spain Issues A Firm 'No' As The EU Asks To Create Immigrant Camps In Ceuta And Melilla. image: Wikimedia

Spain Issues A Firm ‘No’ As The EU Asks To Create Immigrant Camps In Ceuta And Melilla.

The recent humanitarian crisis in Ceuta triggered an alert in the Spanish Government that responded by sending in the police and the military, but this was with the aim of silencing EU demands to turn the Canary Islands, Ceuta, and Melilla into large immigrant camps.

The Spanish Prime Minister Pedro Sánchez had decided to appear in an extraordinarily firm way to try to reassure Spain’s citizens that there would not be a massive influx of immigrants into the mainland.

Images streamed on the internet and TV of the thousands of people swimming and walking across the border breakwaters in a bid for freedom struck fear into the hearts of many Spaniards, worrying that southern Spain would be besieged next.

A meeting of The Council of Ministers was held to discuss the situation, and the Minister of the Interior, Fernando Grande-Marlaska, appeared at a press conference after the normal Government meeting on Tuesdays after which he immediately traveled to Ceuta to see first-hand how the crisis was being handled.

Sánchez cancelled his schedule for the day with a planned trip to Paris to deal with the crisis and also travelled to Ceuta after his noon meeting at La Moncloa, Madrid.

The government has declared the crisis a “national security problem” and has guaranteed that it will, at all costs, protect the border.

Grande-Marlaska has claimed that Spain is quickly returning part of the immigrants who have entered the country irregularly, but the situation is far from being controlled and the images offered by televisions, with hundreds of people waiting to jump into the water and swim to freedom have the government worried.

Spain faces threats from the EU

Spain is now facing a new threat, this time from the European Union and related to the problem of immigration. The Government has shown itself willing in recent years to adopt a reception policy- mainly because the country has a wide network of Foreign Detention Centers.

Because of this, the objective of Pedro Sánchez since he arrived in power at La Moncloa has been to commit to promoting these CIEs, including with the construction of new centers in Spain, in exchange for the European Union offering financing for the projects.

Countries in the north and east of Europe, given the seriousness of the migratory avalanche on the border with Spain, are now asking that not only Ceuta but also the Canary Islands and Melilla, become Europes large ‘pool’ of migrant camps.

The EU argues that it is the easiest way for migrants from Africa not to continue on their way to northern Europe. Countries such as Bulgaria defend keeping them there, concentrating them in the Spanish territories, to prevent access to the rest of the continent.

Brussels and Moncloa are ‘scared’ at the possibility that the entire archipelago and the two autonomous cities could become massive camps, i.e. –  three large permanent ‘reserves’ of immigrants.

Sanchez is said to be worried that the Canary Islands, Ceuta, and Melilla will become a new Lesbos (Greece) or Lampedusa (Italy), who have already served as a shield for the European continent against traditional migratory flows and refugees in the Mediterranean.

It should be remembered that Brussels has stated, although never officially, that the Greek Government should keep refugees on the islands, such as Lesbos, Kos, and Samos.

Moncloa stressed that Spain has now managed to get Europe involved. Pedro Sánchez spoke on Tuesday, May 18, with the head of EU Foreign Policy, Josep Borrell, and the President of the Council, Charles Michel.

Spain claims that it is not only its border that Morocco is putting in danger by allowing thousands of minors and young people to swim across, it is also a problem of the European Union.

The EU has responded with these comments: Margaritis Schinas, vice president and head of immigration, pointed out that “the Spanish border of Ceuta is a European border” and has conveyed “full solidarity with Spain.” The president, Ursula Von der Leyden, has sent a tweet in Spanish: “Europe expresses its solidarity with Ceuta and Spain. We need common European solutions to manage immigration ”.

Faced with the scenario posed by the Eastern countries, led by Bulgaria, French president, Emmanuel Macron, decided to “take the lead” and demand the creation of refugee camps throughout Europe because he does not want to be left in the same position as Spain.

Macron, for his part, has reached an agreement with Angela Merkel in the same direction, adding that France and Spain have a “joint responsibility”, like all the countries of the Union, regarding the problem of immigration.