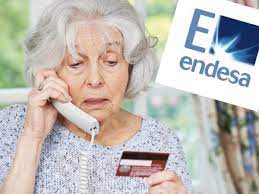 A massive failure in Endesa’s IT systems has meant that the company has not issued or issued or collected invoices for the last nine months, according to a report from FACUA-Consumidores en Acción. The report claims the problem occurred after an update was carried out in the billing system and affects both users of its brand in the free market and its semi-regulated tariff marketer, Energía XXI.

The association says that when the electricity company finally solves this setback and claims payment for the entire period, consumers affected can reject the invoice and order the proportional distribution of the amount- in other words, defer to the normal monthly bills and not the full amount requested in one go.

After the association demanded more information about the situation due to the irregularities that were taking place, Endesa informed FACUA that this error only affected 0.4% of its clients -less than 40,000-, however, just a month later, the company acknowledged that the real figure was actually around 150,000 affected.

This announcement that the issue was resolved was made in March, although customers continue to report the problem, even customers who have just signed up are not receiving a bill and it is causing much concern among consumers, not knowing how much to budget for their electricity usage.

Users who have contacted FACUA in the last few days to report the situation said that they have received an email from the company with the subject “sorry we could not manage your invoice on time. Your billing has been affected by a specific incident in our systems that prevents you from receiving your invoices with the usual periodicity”, this email was shared by FACUA.

At the moment it is unknown if this message has reached all those affected, who, as previously stated, have the right to split the invoice up into 9 monthly bills when it is finally delivered, according to diariodesevilla.