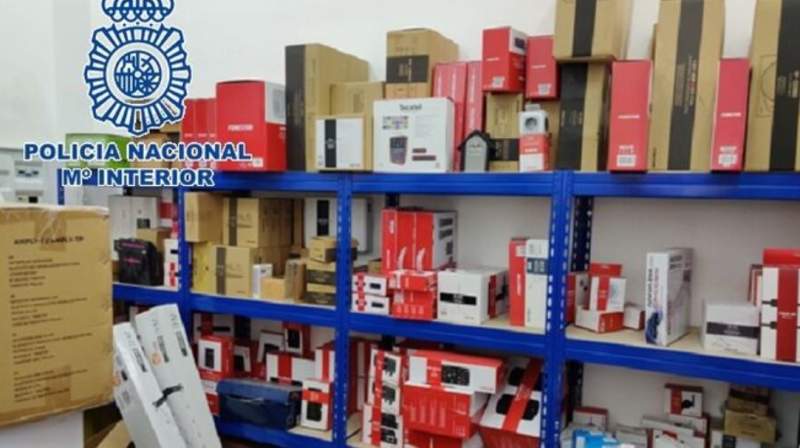 National Police in Malaga arrested a 59-year-old man, and his two sons aged 28 and 22, in Malaga on May 6, charged with allegedly hacking television decoders to enable customers to be able to illegally watch subscription channels, including Spanish LaLiga football matches, free of charge.

The television boxes were all acquired legally from a large international electronic commerce company, then they would modify and distribute the boxes to customers, according to malagahoy.es.

An investigation into their operation was launched after a complaint to the National Police from the anti-piracy department of the Spanish national football league – LaLiga – after spotting an advert on the internet offering television decoders in Malaga that would allow people to fraudulently view paid content, including La Liga matches.

Malaga’s Cybercrime Group conducted the investigation, with its officers practicing various procedures with the telephones and emails used by the advertiser to offer these decoders, to make contact with them, and thus identify the criminals behind it.

It was quickly established that the people behind the crime were the three Spanish men, who worked in a family business in Malaga capital that specialised in the commercialisation of technological products, using their two shops as a base to attend to the public, but with a separate warehouse set where they manipulated and modified the decoder boxes ready for distribution.

Investigations discovered that customers would purchase the decoder as a normal box designed to view paid content, but, the family enclosed information suggesting if the customer wanted to access the paid channels they should contact them and for a fee of between €25 and €60 the customer was instructed how to download a file that would give them access to bypass the subscription on each channel.

During raids of the family’s shops and warehouse, officers seized a hard drive, eleven optical pencils, and three mobile phones, one of which the arrested had tried to hide, in the knowledge that it contained all the information linking them to clients, with payment information, that, when investigated by the police, led them to a bank account held by one of the detainees.

According to the police report, this illegal business had netted the three criminals a client base of at least 4,800 persons, and they have been placed before Court No3 in Malaga for sentencing.
The Euro Weekly News is running a campaign to help reunite Brits in Spain with their family and friends by capping the costs of PCR tests for travel. Please help us urge the government to cap costs at http://www.euroweeklynews.com/2021/04/16/ewn-champions-the-rights-of-brits-in-spain-to-see-loved-ones-again/