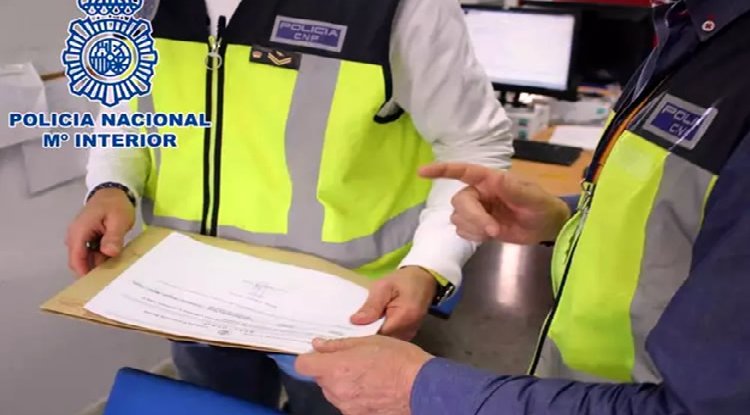 National Police officers in Almería, Spain, have arrested five people, four men and one woman, charged with allegedly arranging marriages of convenience between citizens of sub-Saharan origin, and citizens of EU countries, with the sole purpose of enabling the former to gain residency in Europe.

‘Operation Goliath’, according to a statement, was launched in January by the Ucrif officers of Almería Police Station, after intelligence reports of a gang mediating between immigrants and European citizens, with large sums of money exchanging hands in the process of creating sham civil marriages.

This ‘marriage’ of course then allowed the immigrant to obtain a residence card, and be able to move freely within the European Union, and hence be able to work and carry out any self-employed activity.

Investigations quickly led to the identification of the four men, and one woman, three of the men being of Nigerian origin, the other two persons, Spanish, and it was uncovered that the Spanish woman had even ‘married’ a Nigerian citizen for €3000.

Women from Romania and Bulgaria were recruited as ‘wives’, and paid between €3,000 and €5,000 each, usually travelling from their own country, getting ‘married’, and then returning to their country of origin.

One of the Nigerian men had acquired a property in Spain, which he would use the address of to register the newly married couple, while making the ‘couple’ a fake rental contract at that address, to make the bond appear more authentic, according to Europa Press.

During the course of ‘Operation Goliath’, the investigating officers uncovered four fake marriages between Nigerian men and Bulgarian, Romanian, and Spanish women, and due to the fact that neither party knew the other until the day of their ‘marriage’, whilst under questioning at the police station, they all gave conflicting stories, making terrible errors in their statements.

Details of all uncovered so far have been sent to the Almería Immigration Office, so that the residence authorisations can be terminated, and the detainees have been placed at the disposal of the Court of Instruction No6 of Almería, where they face charges of alleged crimes of forging documents, and crimes against the rights of foreign citizens, and the police have said they are not ruling out more arrests in the weeks to come.