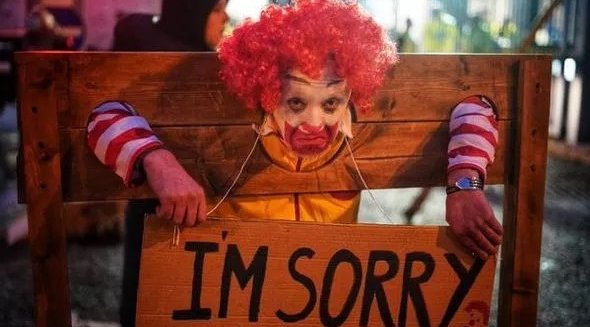 The animal rights group, Animal Rebellion, have said they have around 50 people at the distribution sites in Hemel Hempstead, Basingstoke, Coventry and Heywood, Greater Manchester, trying to stop lorries from leaving depots and are using trucks and bamboo structures as blockades, reports The Express.

In a video put on social media by the campaigners, some of the protesters can be seen to have climbed up the bamboo scaffolding and used ropes to tie themselves to it. Animal Rebellion said they intend to remain at the sites for at least 24 hours, causing “significant disruption” to the McDonald’s supply chain.

The group demands are that McDonald’s commit to becoming fully plant-based by 2025. Animal Rebellion spokesman James Ozden said the action was aimed at calling out the animal agriculture industry for its part in the global climate crisis.

“The meat and dairy industry is destroying our planet: causing huge amounts of rainforest deforestation, emitting immense quantities of greenhouse gases and killing billions of animals each year. The only sustainable and realistic way to feed ten billion people is with a plant-based food system. Organic, free-range and ‘sustainable’ animal-based options simply aren’t good enough,” he said.

The fast-food giant previously committed to introducing a line of plant-based meat alternatives called “McPlant” in 2021. Bosses at the multinational said they would offer plant-based burgers, chicken substitutes and breakfast sandwiches.

Does Plant-Based Meat Live Up To The Hype?

Many articles touting the health wonders of plant-based meats like to cite a popular study from 2016, which found that plant-based diets were linked to a healthier lifestyle by lowering the risk of heart disease and diabetes. However, the keyword here is “diet.” So unless you’re about to change the way you eat entirely, grabbing that Impossible Whopper (which actually has more sodium than its meaty cousin!) isn’t going to do much to impact your health.

When it comes to lowering your carbon footprint, you’ll be happy to hear that plant-based meats perform pretty well. According to the United Nations Food And Agriculture Organization, livestock accounts for a whopping 14.5 percent of yearly greenhouse gas emissions with cattle alone producing 65 percent of those emissions. In order to have cattle graze worldwide, forests are cleared en masse. Couple that with the methane that cows produce and our fast food burger habit is absolutely exacerbating climate change.

According to the New York Times, a study commissioned by Beyond Meat and conducted by the Center for Sustainable Systems at the University of Michigan compared the environmental impact of making a four-ounce Beyond Burger with a similar beef product in the United States found that the production of the Beyond Burger generated 90 percent less greenhouse gas emissions, required 46 percent less energy, and demanded far less water and land use than it would take to raise the cow that would become the burger.

Meanwhile, Our World In Data points out that tofu, beans, peas, and nuts — the protein sources most commonly used in plant-based meat products — all have lower carbon footprints than even the most environmentally responsible meat and dairy producers. If lowering your carbon footprint is important to you, choosing plant-based fast food will help. Though picking a full-on bean patty would be much better.