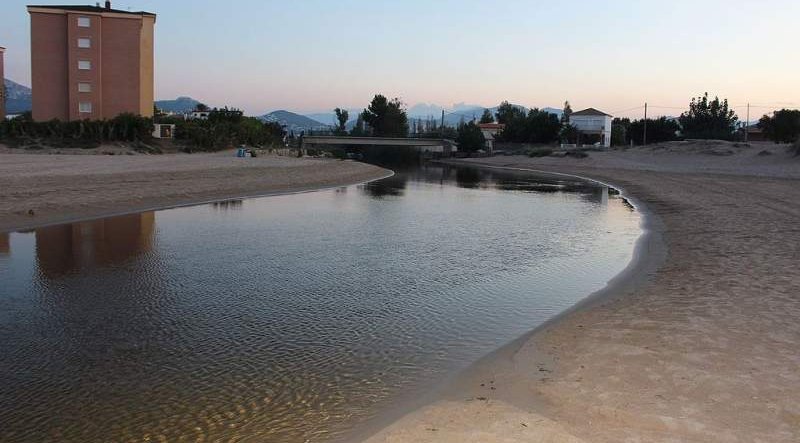 Canine beach DENIA’S only canine beach is located near the port and a Deveses resident has launched an online petition asking for another dogs-allowed beach at the Molinell river mouth. Dog-owners could use the area between 7am and 8am and 8pm and 9pm when there are fewer beachgoers, she suggested.
Not us JAVEA’S fishing guild refuted Ecologistas en Accion claims that its nets endangered a young grey whale seen recently off the coast.  An Ecologistas’ photo showed a marker that did not hinder the whale’s passage, the guild said, maintaining that it was at greater risk from yachts and shipping.
Road closed TRAFFIC was diverted when the bridge over the River Jalon between Parcent and Orba needed emergency repairs and had to be closed for a period that has yet to be confirmed.  While apologising for the inconvenience caused, municipal sources suggested that this could be close to two weeks.
Mink poser TWO wild minks discovered in Castellon were found to be carrying the European strain of coronavirus although they had no interaction at all with humans, confirmed Valencia’s Cardena Herrera University.  Initial investigations suggested that they were infected following contact with wastewater that had been contaminated with the virus.
Good use SAN JUAN Town Hall will use its €3.4 million budget surplus to boost the local economy and create jobs with renovations throughout the municipality.  These include improvements to the police station, replacing flooring at the Casa de Cultura and adding two meeting rooms to San Juan’s senior citizens’ centre.
Safer road TEULADA-MORAIRA’s plans for revamping the area between Avenida de Alicante as far as the Calle Tarbena and Avenida de Las Palmas crossroads in the Old Quarter will give preference to the public. Pavements will be eliminated but priority given to pedestrians at all times, pledged Public Works councillor Hector Morales.
No masks COSTA BLANCA hoteliers’ association Hosbec will ask Benidorm town hall and the regional government to relax facemask rule for beachgoers this summer, owing to the increasingly good Covid incidence figures.
Traffic eased THE central government is planning an additional AP-7 access to reduce N-332 traffic in Ondara and provide better service for drivers entering or leaving in Pedreguer, Javea and Gata.
Firm date FIESTAS committees in Gandia voted in favour of holding their Fallas fire celebrations, twice-postponed owing to the Covid pandemic, at the same time Valencia City’s between September 1 and 5.

The Euro Weekly News is running a campaign to help reunite in Spain with their family and friends by capping the cost of PCR tests for travel. Please help us to urge the UK government to cap the costs.