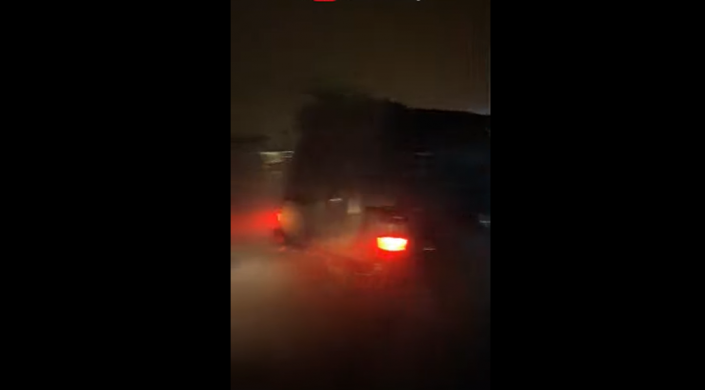 Malaga Local Police broke up a new rally last weekend, finding a hit-and-run driver.
After analysing numerous videos posted to social media relating to a number of vehicles in which various infractions of road safety laws were committed, the Malaga Local Police named and presented seven drivers for sanction.
210509 – Policía Local Málaga – Investigación Redes: identificados y denunciados 7 conductores – YouTube
During one of the Instagram checks, the officers discovered multiple accounts in which a large number of vehicles were seen in a shopping center on Avenida Velázquez in the early hours of Sunday, May 9th, just hours after the state of emergency was lifted.
According to a statement issued by the Local Police and reiterated by Málaga Hoy, those present were not maintaining a healthy distance or wearing masks in the majority of cases.
The images showed how the drivers engaged in various road safety violations, including competitions, negligent or reckless driving, cutting the engine ignition, causing flames to erupt from the exhaust pipes, skidding, and others, all while driving in the pouring rain, which increased the risk of losing control of the vehicles, posing a danger to the numerous spectators who cheered and applauded.
One of the videos shows how a uniformed unit of the Malaga Local Police showed up and broke up the rally.
As a result of the investigation of the videos, local police officers identified nine vehicles and their respective drivers and corrected a total of ten offences: two reports for driving a car in a reckless manner (500 euros and deduction of six points), one report for the driver not wearing a seatbelt correctly despite the obligation to do so (200 euros and deduction of three points), four reports for driving a vehicle with sudden accelerations and emitting noise above the limits foreseen in the regulations (90 euros), two reports for driving a motor vehicle without an explosion silencer (90 euros) and one for driving a vehicle without paying permanent attention to driving (80 euros).
The Autonomous Tax Management Body (Gestrisam) of the Malaga City Council has been notified of the complaints.
As reported by Axarquia Plus