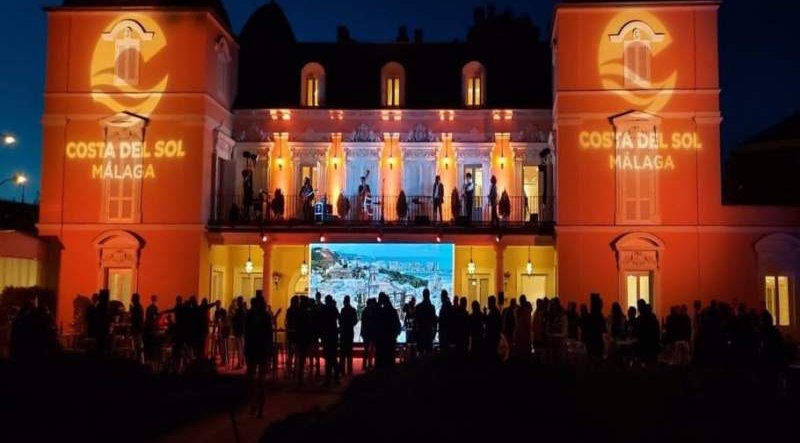 The Costa del Sol has participated in the International Tourism Fair in Madrid (Fitur) with the greatest exhibition in what has been described as ‘the beginning of the recovery of tourism.’
With a clear commitment to the recovery of the national market and a budget that exceeds €870,000 euros, Costa del Sol Tourism has traveled to Madrid accompanied by a group of 80 representatives, including city councils and companies, and around 150 professionals.
The president of the group, Francisco Salado said that with this event “we begin the firm path towards the desired and essential recovery and reactivation of the tourism sector”. And he added that “we have shown the entire national market, all of Spain, that the Costa del Sol awaits everyone with open arms.”
Salado said that the figures that have been presented in Fitur 2021 “confirm the beginning of the recovery of Tourism.” Flight offers to the Costa del Sol for trips from May to September are close to four million, which represents a growth of 110 percent compared to the same period last year- and show an increase of two million seats.
The market that contains the largest number of holidaymakers is the United Kingdom with nearly one million bookings made so far for the summer, followed by the Spanish national market with 720,000. In third place are the Dutch, French, and German markets, with more than 200,000 seats booked.
As for the forecasts for next summer (2022), as Salado has pointed out, “it must be said that, although both national and international searches that have been carried out between January and April towards the Costa del Sol, a total of 2,158,003, they are still -32 percent lower than the same period of the previous year, the increase in the supply of seats confirms the recovery we are talking about “.
Promotions in place
The group presented the campaign ‘Live Costa del Sol’, as well as the promotional video which is the axis of the campaign ‘El Son de la Buena Vida’, written and performed by the Malaga band Dry Martina, and with the collaboration and participation of artists from the province such as Antonio Banderas, Pasión Vega, La Mari, Zenet, Javier Castillo or Just Coco, among others.
It is a video that, in the words of the president of Costa del Sol Tourism and the Malaga Provincial Council, Francisco Salado, reflects “that environment, that atmosphere that exists in Malaga, which is what makes everyone who comes want to repeat your visit. All these attributes make the province of Malaga such a special destination. ”
Turismo Costa del Sol once again highlighted at the Madrid International Tourism Fair (Fitur 2021) the community commitment to one of the tourist jewels of the province of Malaga, the city, the natural heritage, the tourist attractions throughout the town, and the gastonomy.
Costa del Sol Tourism announced it is working on three new major projects: the declaration of the Sierra de las Nieves as a National Park; the Guadalhorce Green Corridor, with a new connecting walkway between the Caminito del Rey and the Guadalhorce Bridge, and its junction with the Coastal Path; as well as a circular route in the Viñuela reservoir.
The tourist reactivation campaign that Turismo Costa del Sol has launched is expected to generate more than one million euros in the region, due to the bookings that have already been made, nine million users have been reached out to, according to the study carried out by the group, who hope that many can be converted to actual holiday bookings in the future.
So far, more than 1,168 hotel reservations, as well as 19,830 flight searches and 354 flight reservations derived from these searches have been achieved and is being hailed as a great success.
Francisco Salado has referred to these results and has indicated that “they are spectacular if one takes into account that for every euro invested by the public administration, more than eight euros have been reversed in the business fabric of the province of Malaga”. Thanks to the tools available to Turismo Costa del Sol “we are able to know that thanks to the campaign, more than 556,000 euros in reservations have already been obtained,” said Salado.
The president of the Costa del Sol Tourism board said that the technology used has also made it possible to know that almost 30 percent of the reservations came from Madrid. The technology will also allow more promotion of the Costa del Sol to be sent to the mobile phones of the people who passed through the environment of the center of the campaign, and then, it will be possible to know what searches and reservations they have made and the average expenditure in the destination, making a follow-up of the people who were impacted.
A spokesman for the group said: “We continue to be a leading destination with our commitment to digital and new technologies and the management of Big Data”. “Proof of this is the spectacular results that this campaign has achieved in such a short period of time, thanks to very precise, surgical, and direct marketing.”