Body Of Missing Man Found Inside Dinosaur Statue In Barcelona 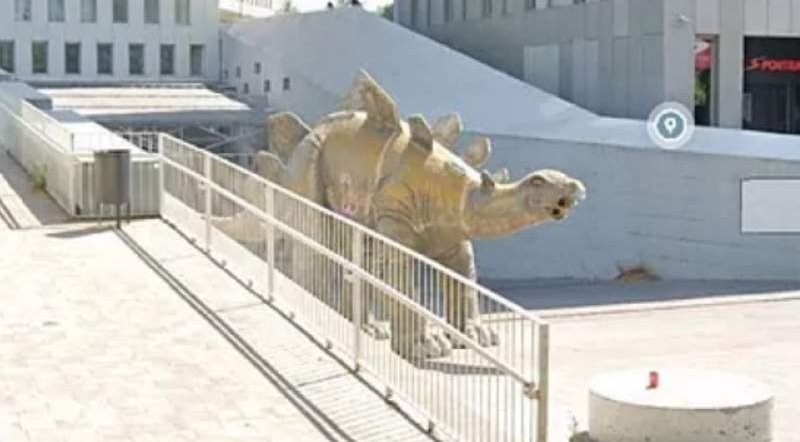 Mossos d’Esquadra in Barcelona has reported the discovery of the lifeless body of a 40-year-old man who had been reported missing some hours earlier by his family, found hidden inside the leg of a decorative papier-mâché dinosaur statue in Santa Coloma de Gramenet, Barcelona.

A police statement says that the 112 emergency services received a call at around 12 midday today, Sunday 23, reporting that there was a dead body inside the statue, a call that was apparently made by a father and son who regularly play in that area, according to El Mirall.

112 deployed three units of the Generalitat Fire Brigade to the scene, who proceeded to cut a hole in the leg of the advertising statue to retrieve the body of the man, who is ruled out as being homeless, due to the fact that he had earlier been reported as missing.

The Mossos d’Esquadra are currently investigating the cause of death, but confirm that the body displayed no signs of violence, and their initial hypothesis is that the man climbed inside the statue to spend Saturday night and there he died, according to La Vanguardia.

The advertising dinosaur where the man was found is the last remaining one from several statues that had been on the street for a long time, where they had been placed to promote the movie theater next to the unique Cubics building, which has since closed down.